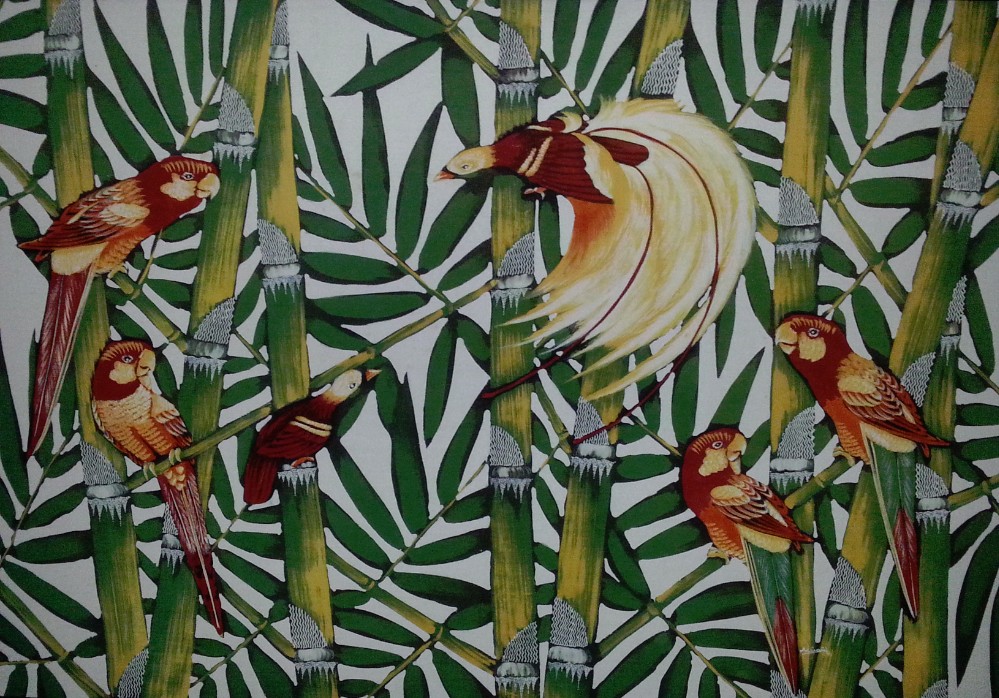 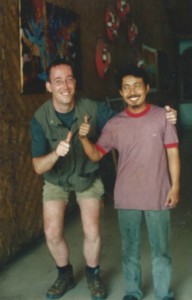 The Wandelgek visited Indonesia in 2003, and travelled over the islands of Java, Bali and Nusa Lembongan. On Java he visited Yogyakarta and learned a lot about the art and technique of Batik. 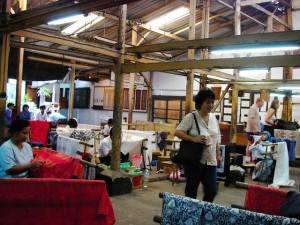 He visited a Batik factory and bought afterwards the above Batik painting. It depicts a bamboo forrest against a white background. Between the bamboo, two types of birds are visible. Aras and paradise birds (male and female).

Batik is a technique of wax-resist dyeing applied to whole cloth, or cloth made using this technique. Batik is made either by drawing dots and lines of the resist with a spouted tool called a canting, also spelled tjanting), or by printing the resist with a copper stamp called a cap. The applied wax resists dyes and therefore allows the artisan to colour selectively by soaking the cloth in one colour, removing the wax with boiling water, and repeating if multiple colours are desired.

A tradition of making batik is found in various countries, including Indonesia, Malaysia, Singapore, India, Bangladesh, Sri Lanka, Philippines and Nigeria; the batik of Indonesia, however, is the best-known. Indonesian batik made in the island of Java has a long history of acculturation, with diverse patterns influenced by a variety of cultures, and is the most developed in terms of pattern, technique, and the quality of workmanship. In October 2009, UNESCO designated Indonesian batik as a Masterpiece of Oral and Intangible Heritage of Humanity.

Firstly, a cloth is washed, soaked and beaten with a large mallet. Patterns are drawn with pencil and later redrawn using hot wax, usually made from a mixture of paraffin or bees wax, sometimes mixed with plant resins, which functions as a dye-resist. The wax can be applied with a variety of tools. A pen-like instrument called a canting is the most common. A tjanting is made from a small copper reservoir with a spout on a wooden handle. The reservoir holds the resist which flows through the spout, creating dots and lines as it moves. For larger patterns, a stiff brush may be used. 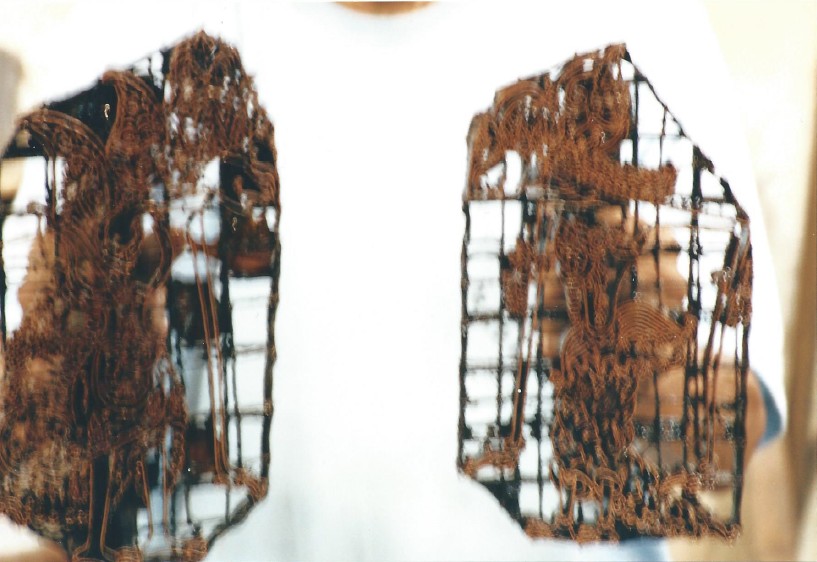 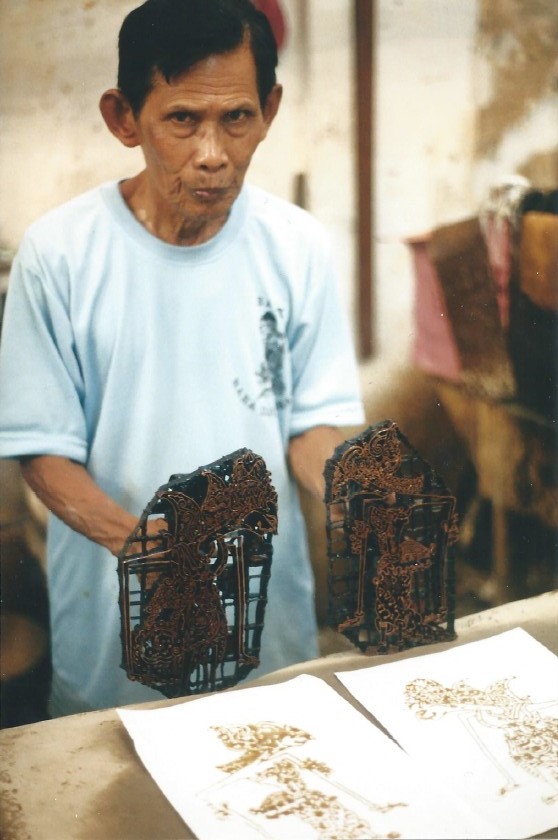 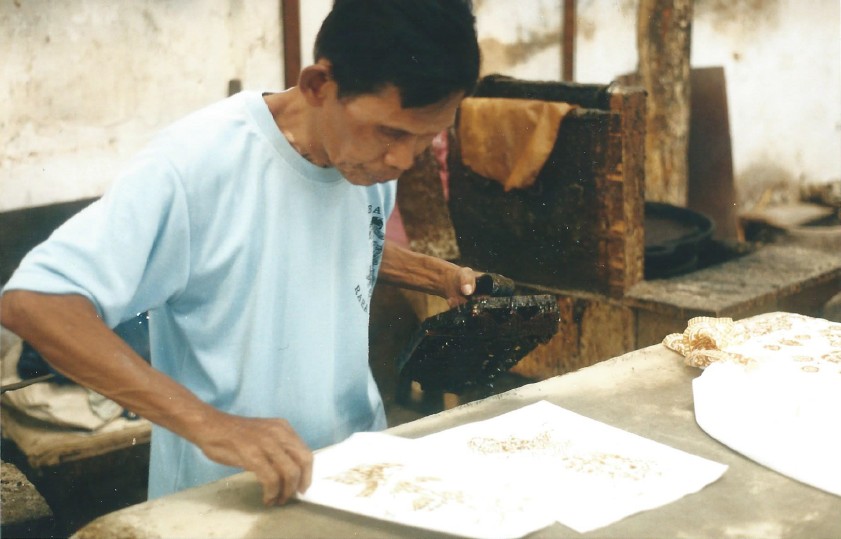 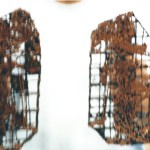 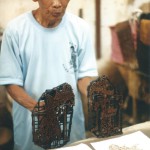 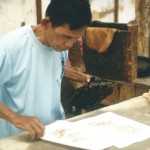 The most traditional type of batik, called batik tulis (written batik), is drawn using only the canting. The cloth need to be drawn on both sides and dipped in a dye bath three to four times. The whole process may take up to a year; it yields considerably finer patterns than stamped batik.

Many Indonesian batik patterns are symbolic. Infants are carried in batik slings decorated with symbols designed to bring the child luck, and certain batik designs are reserved for brides and bridegrooms, as well as their families. Some designs are reserved for royalties, and even banned to be worn by commoners. Consequently, a person’s rank could be determined by the pattern of the batik he or she wore. Further study to the geometry of symbolism in Indonesian batik showed the applicability of fractal geometry in traditional designs.

Batik garments play a central role in certain Javanese rituals, such as the ceremonial casting of royal batik into a volcano. In the Javanese naloni mitoni ceremony, the mother-to-be is wrapped in seven layers of batik, wishing her good things. Batik is also prominent in the tedak siten ceremony when a child touches the earth for the first time.

In October 2009, UNESCO designated Indonesian batik as a Masterpiece of Oral and Intangible Heritage of Humanity. As part of the acknowledgment, UNESCO insisted that Indonesia preserve its heritage. The day, October 2, 2009 has been stated by Indonesian government as National Batik Day, as also at the time the map of Indonesian batik diversity by Hokky Situngkir was opened for public for the first time by the Indonesian Ministry of Research and Technology.

The popularity of batik in Indonesia has varied. Historically, it was essential for ceremonial costumes and it was worn as part of a kebaya dress, commonly worn every day. The use of batik was already recorded in the 12th century, and the textile has become a strong source of identity for Indonesians crossing religious, racial and cultural boundaries.

The batik industry of Java flourished from the late 1800s to early 1900s, but declined during the Japanese occupation of Indonesia. With increasing preference of western clothing, the batik industry further declined following the Indonesian independence. Batik has somewhat revived at the turn of the 21st century, through the efforts of Indonesian fashion designers to innovate batik by incorporating new colours, fabrics, and patterns. Batik has become a fashion item for many Indonesians, and may be seen on shirts, dresses, or scarves for casual wear; it is a preferred replacement for jacket-and-tie at certain receptions. Traditional batik sarongs are still used in many occasions.