Henley-on-Thames is a historic market town and civil parish on the River Thames in Oxfordshire, England, 9 miles (14 km) northeast of Reading, 7 miles (11 km) west of Maidenhead and 23 miles (37 km) southeast of Oxford. One of its boundaries has the tripoint of Oxfordshire, Berkshire and Buckinghamshire. The 2011 Census recorded the parish population as 11,619. 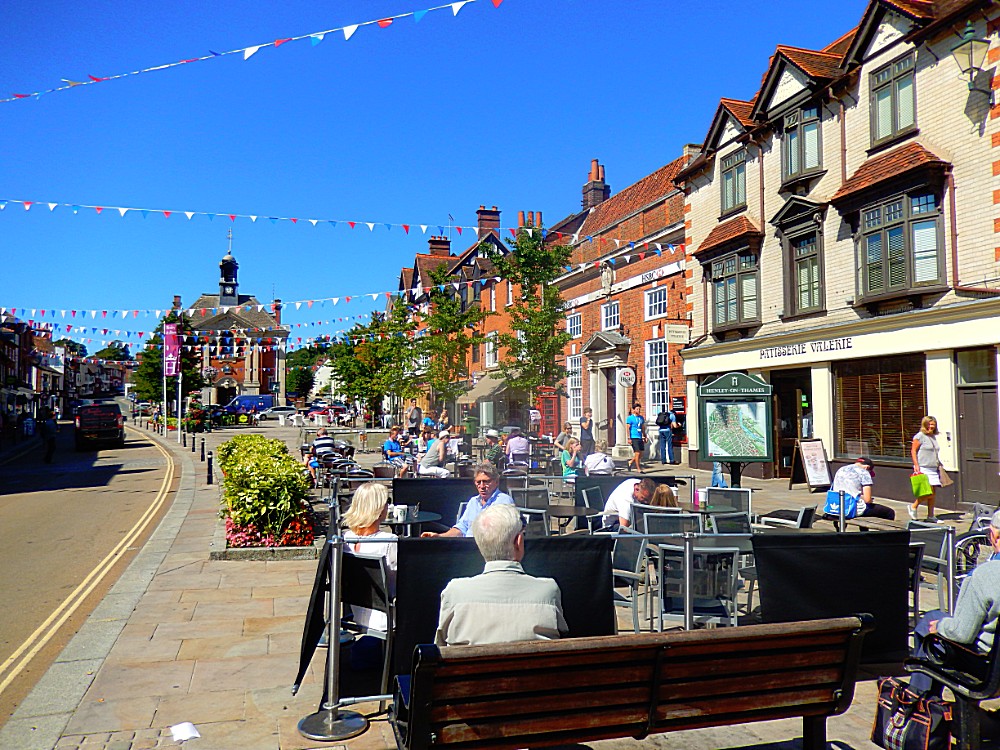 The town’s railway station is on the Henley Branch Line from Twyford. There are direct trains into London Paddington during peak hours. At other times one must change trains at Twyford. There are express mainline rail services from Reading (6 miles or 10 km away) to Paddington. Trains from High Wycombe (12 miles or 20 km away) go to London Marylebone. The M4 motorway (junction 8/9) and the M40 motorway (junction 4) are both about 7 miles (12 km) away. The bus service around the town is operated by Whites Coaches as routes 151, 152, 153 and 154; other routes are provided by Arriva Shires & Essex, Thames Travel and Courtney Coaches. 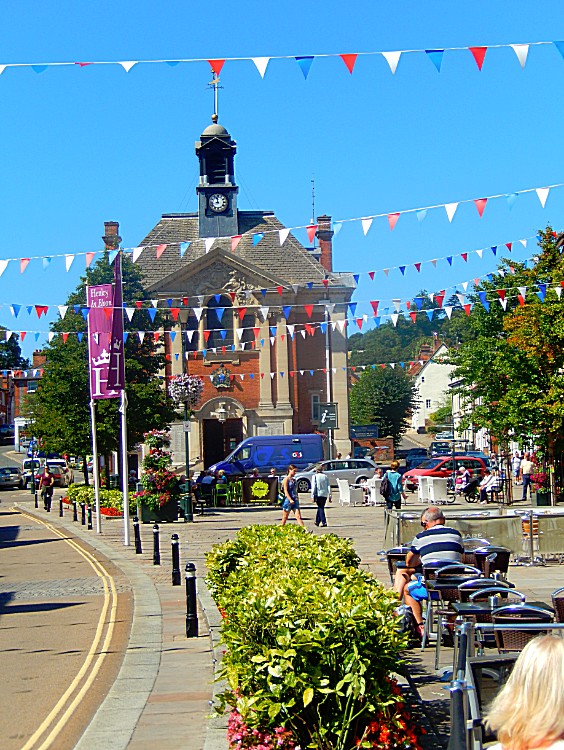 Henley Bridge is a five arched bridge across the river built in 1786. It is a Grade I listed building. During 2011 the bridge underwent a £200,000 repair programme after being hit by the boat Crazy Love in August 2010. 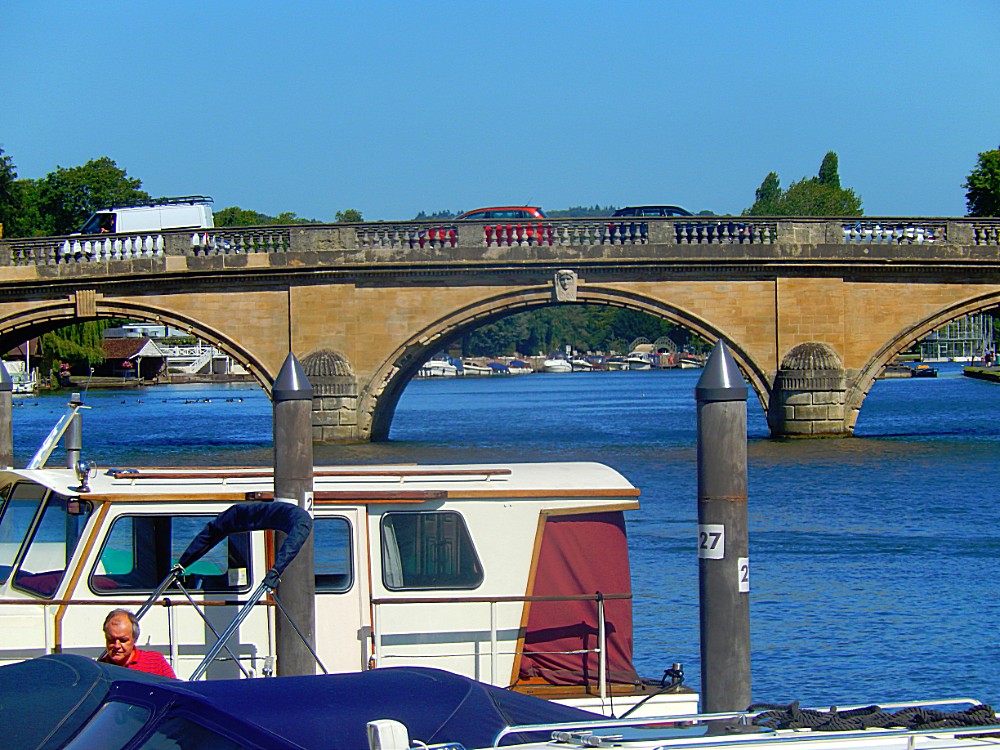 About a mile upstream of the bridge is Marsh Lock.

Chantry House is the second Grade I listed building in the town. It is unusual in having more storeys on one side than on the other.

The Church of England parish church of St Mary the Virgin is nearby, and has a 16th-century tower. 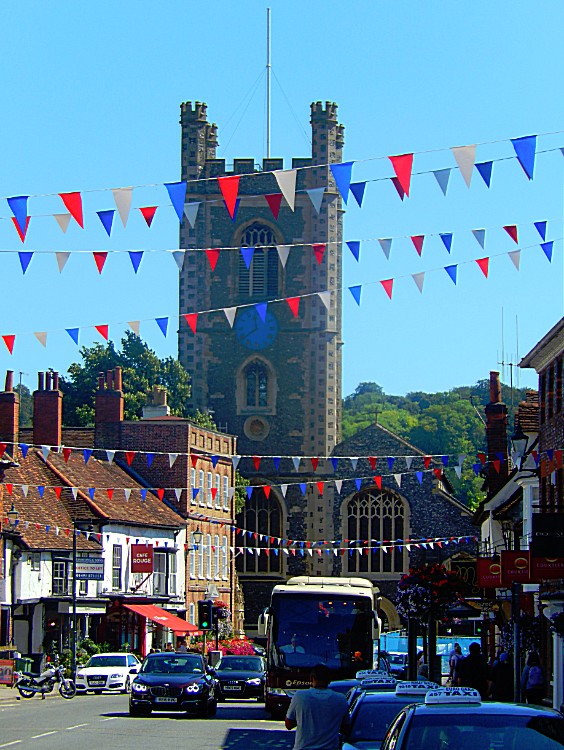 The Old Bell is a pub in the centre of Henley. The building has been dated from 1325: the oldest-dated building in the town.

To celebrate Queen Victoria’s Jubilee, 60 oak trees were planted in the shape of a Victoria Cross near Fair Mile.

Two notable buildings just outside Henley, in Buckinghamshire, are:

The River and Rowing Museum, located in Mill Meadows, is the town’s one museum. It was established in 1998, and officially opened by Queen Elizabeth II. The museum, designed by the architect David Chipperfield, features information on the River Thames, the sport of rowing, and the town of Henley itself.

The University of Reading’s Henley Business School is near Henley, as is Henley College. (The Wandelgek had just passed the latter and spent the night at the first). 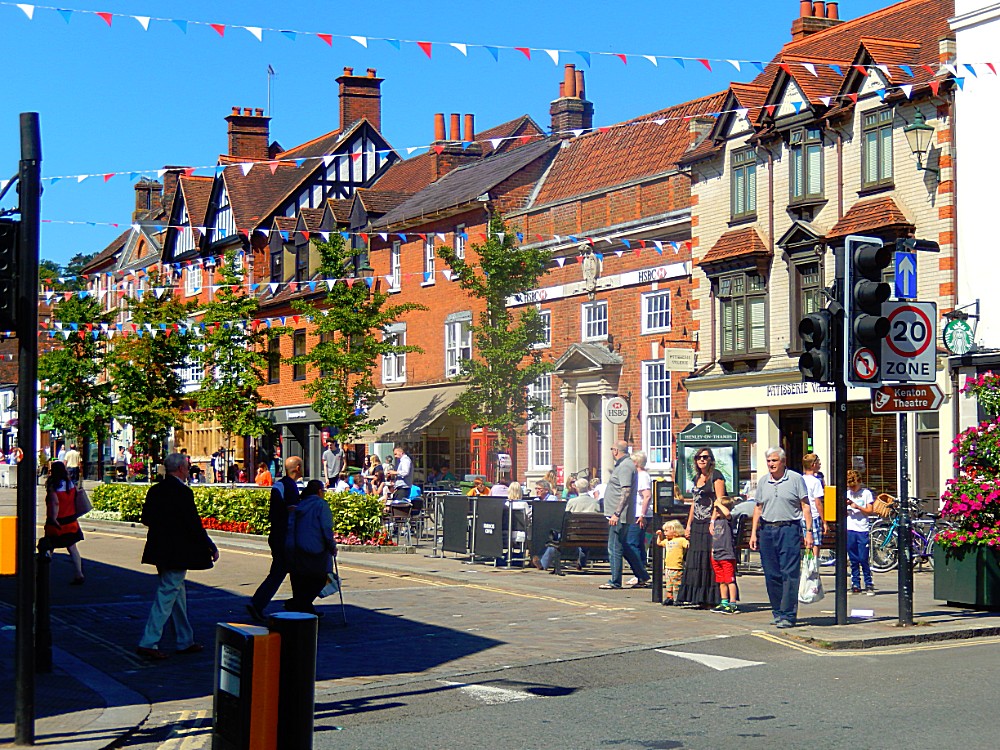 Henley is a world-renowned centre for rowing. Each summer the Henley Royal Regatta is held on Henley Reach, a naturally straight stretch of the river just north of the town. It was extended artificially. The event became “Royal” in 1851, when Prince Albert became patron of the regatta. 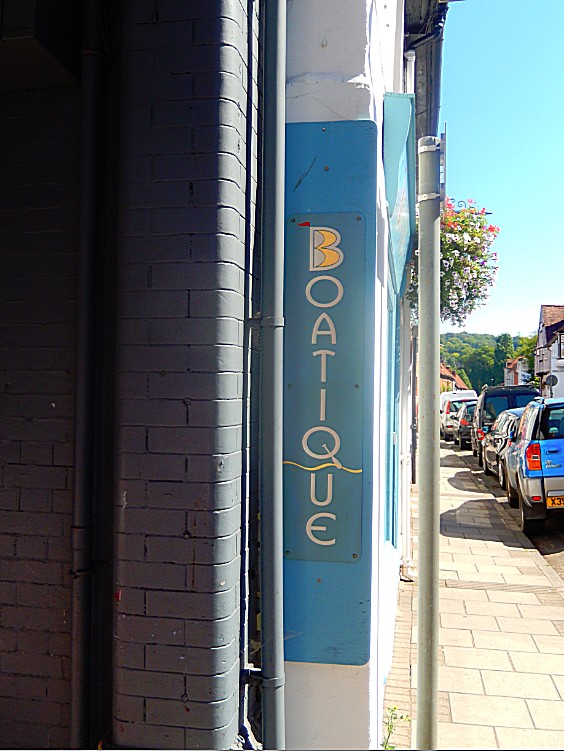 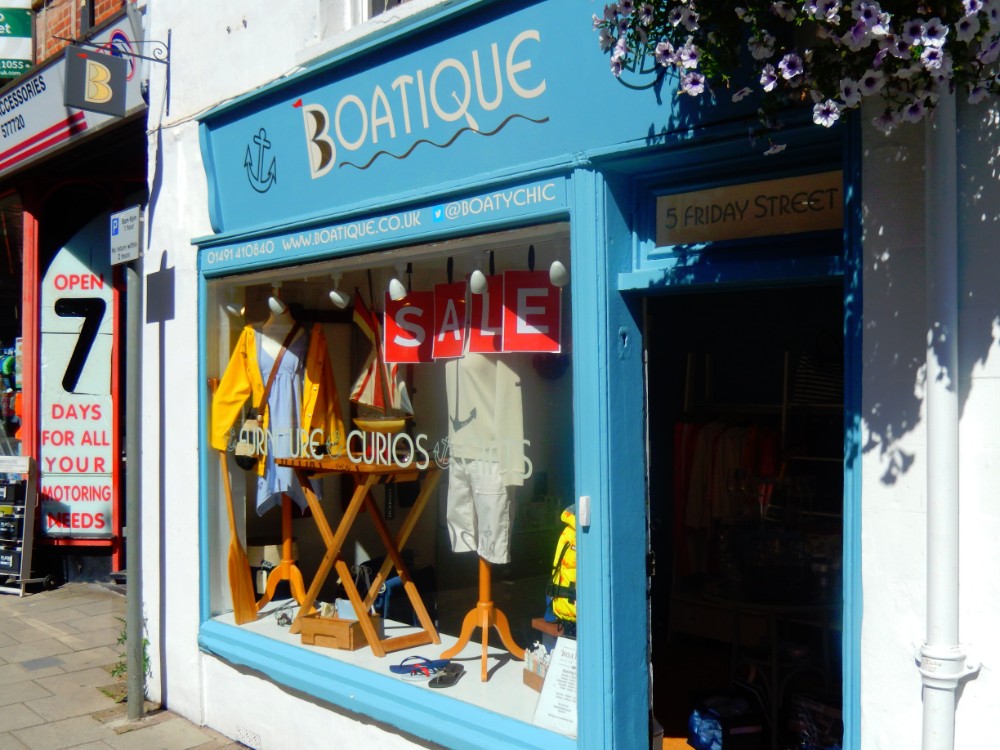 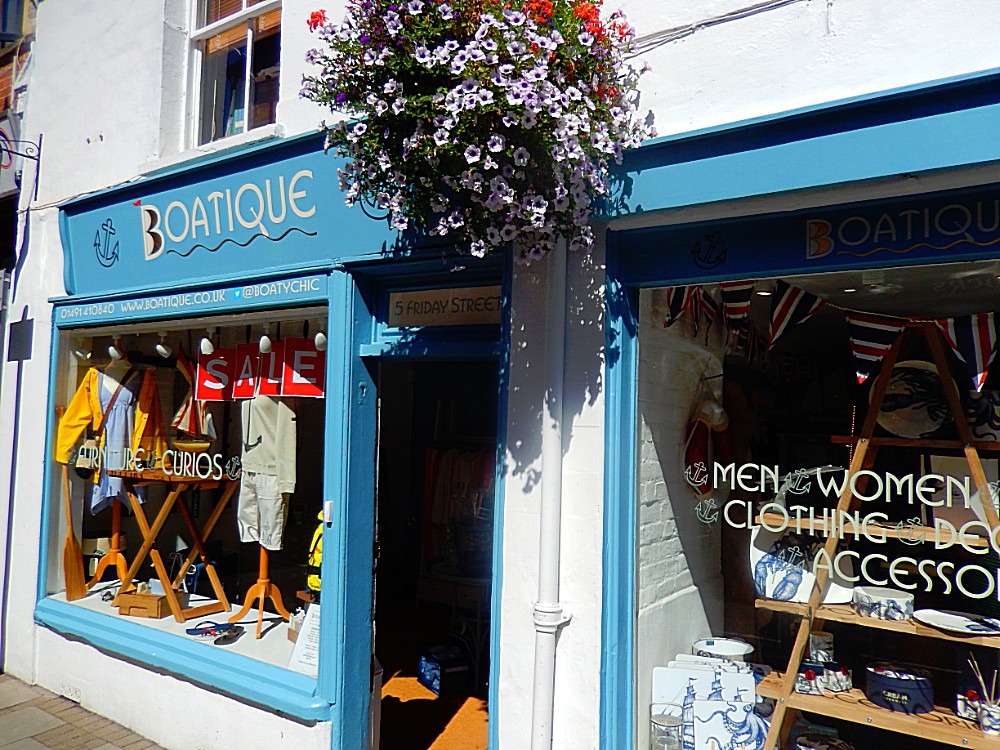 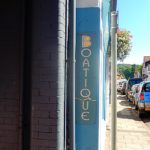 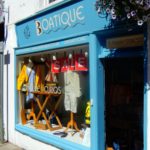 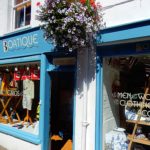 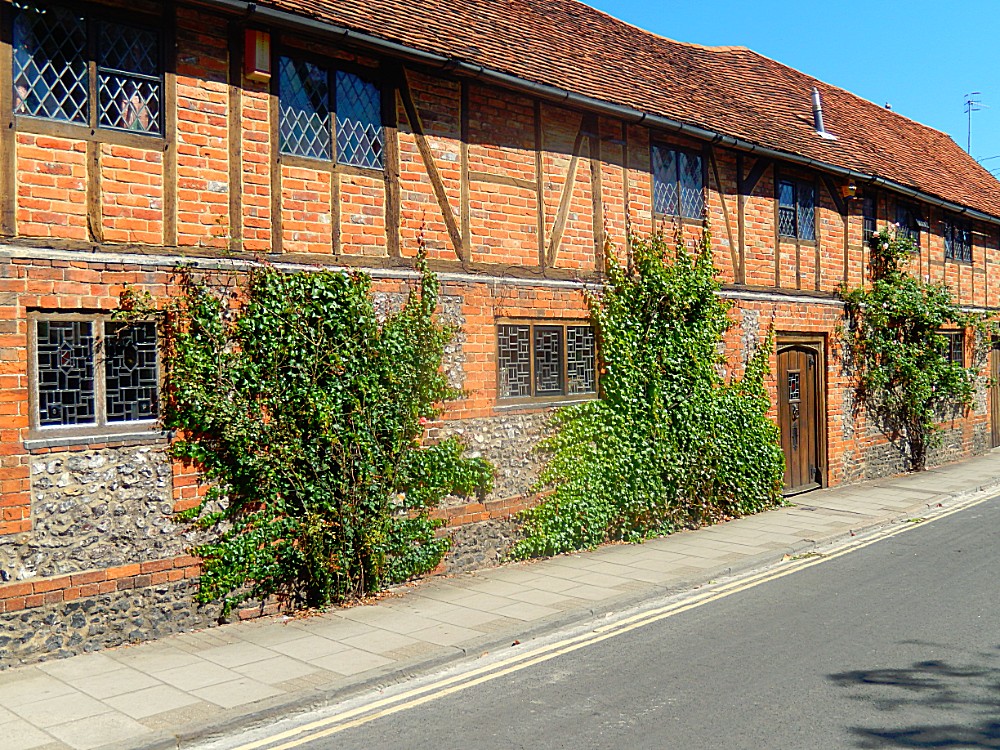 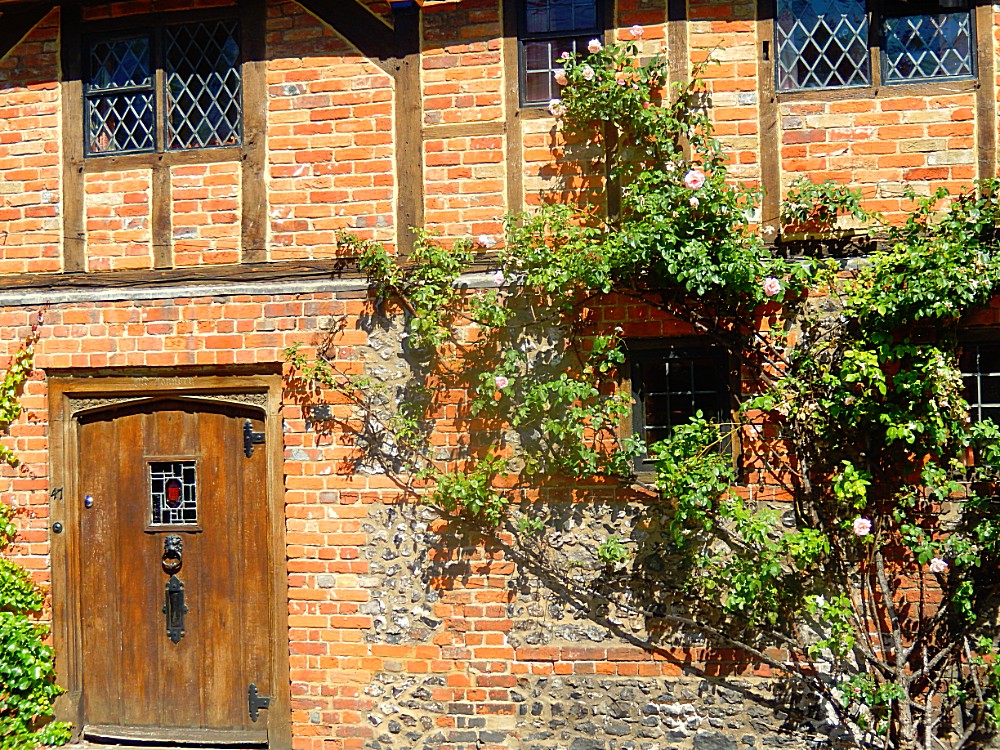 Now The Wandelgek reached the riverbank again and doing so, joined the Thamespath. 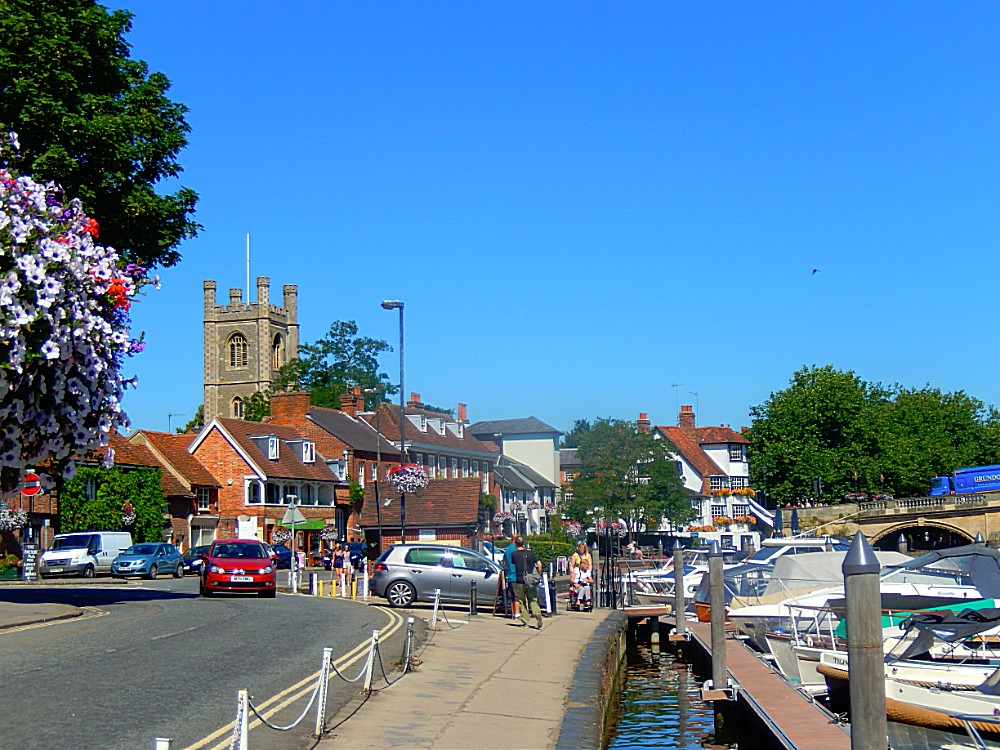