The Leaky Cauldron is a dark, shabby pub and inn for wizards, located on the Muggle street of Charing Cross Road in London, offering food, drinks and rooms to rent. It was founded by Daisy Dodderidge (1467–1555) in 1500 “to serve as a gateway between the non-wizarding world and Diagon Alley.” The current barman and innkeeper is a wizard named Tom.

“If Hagrid hadn’t pointed it out, Harry wouldn’t have noticed it was there. The people hurrying by didn’t glance at it. Their eyes slid from the big book shop on one side to the record shop on the other as if they couldn’t see the Leaky Cauldron at all. …” 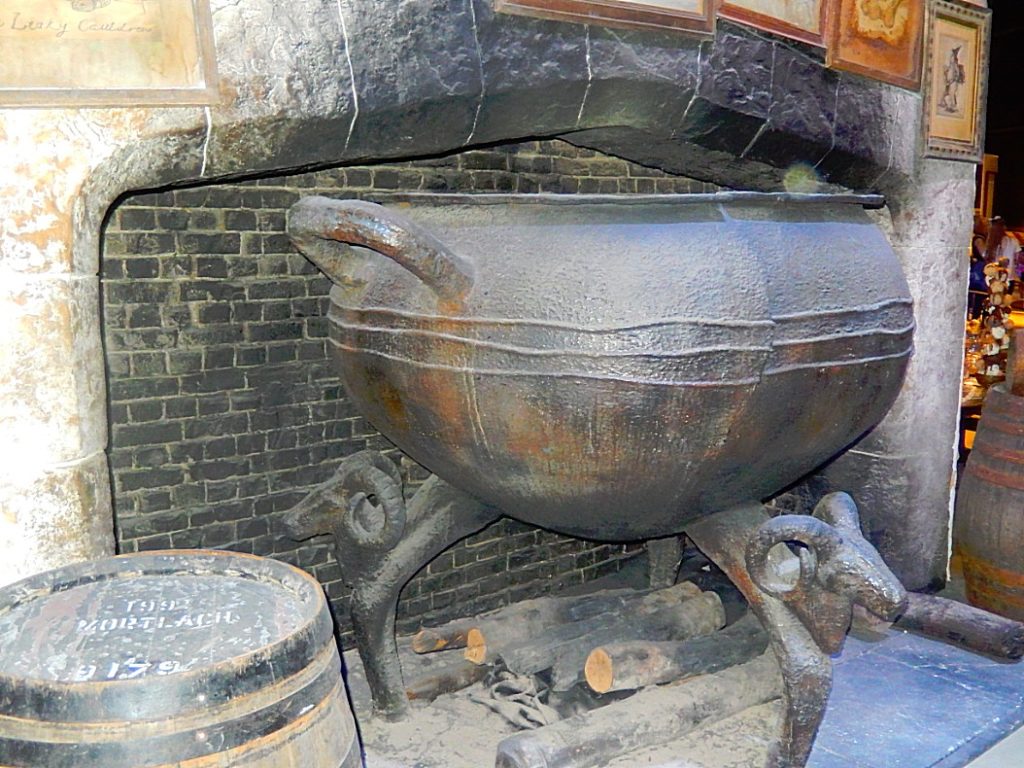 On the main floor, the inn has a bar, several private parlour rooms, and a large dining room. On the upper floors, there are a number of rooms available for rent; Harry has stayed in Room 11, which has a talking mirror and windows that allow him to look out onto Charing Cross Road. People often stay at The Leaky Cauldron when they come to London on shopping trips. 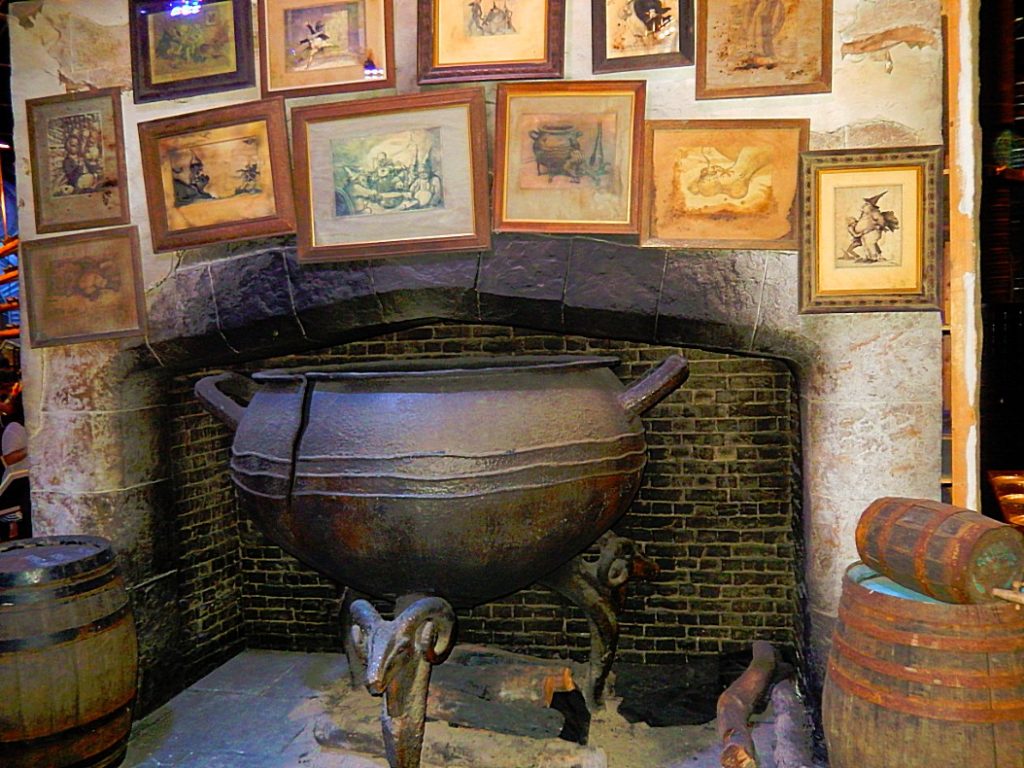 Shrunken Head : “Ah, the Leaky Cauldron! If you have the pea soup, make sure you eat it before it eats you!” 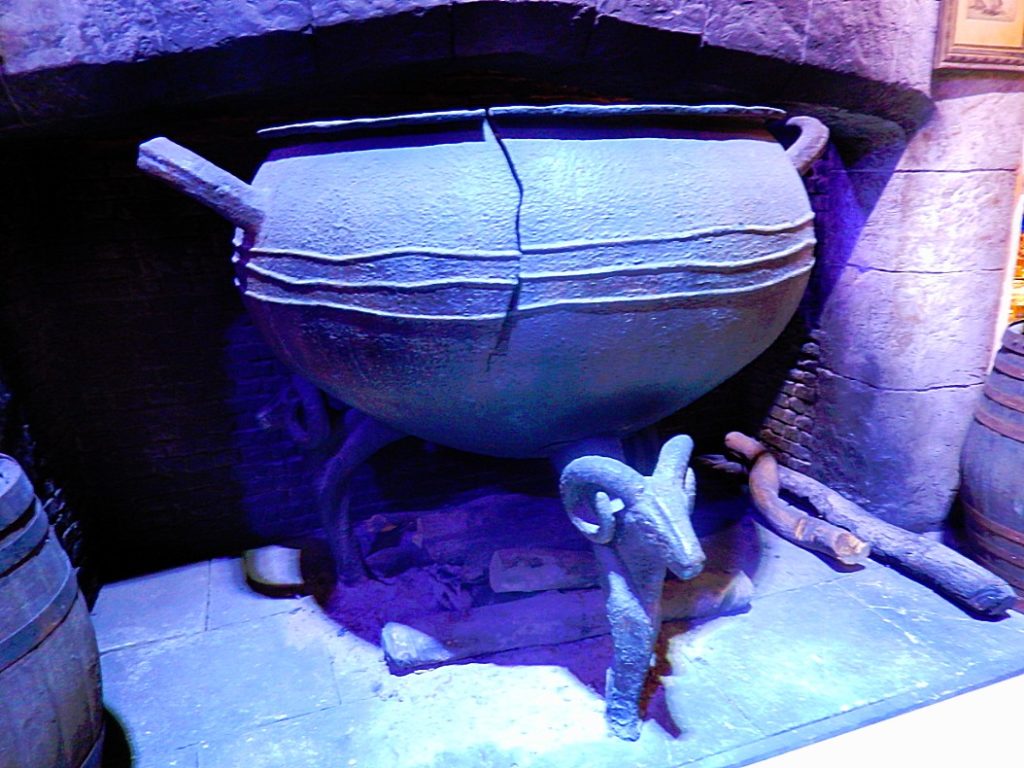 The pub serves as a way of entering into Diagon Alley from the Muggle world for Muggle-borns and their parents (both of whom, until the first letter from Hogwarts, have no magical knowledge or means of entering). The rear of The Leaky Cauldron opens onto a little courtyard, in which a particular brick must be tapped three times to open a path to Diagon Alley. 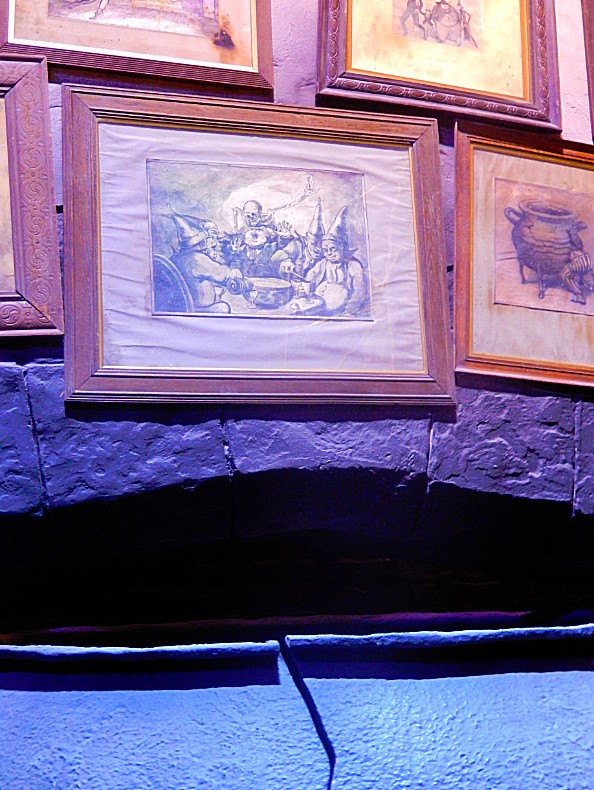