The Wandelgek was in need of some cool wizzarding books on magic and decided to visit Diagon Alley’s very own bookshop of Flourish and Blotts. 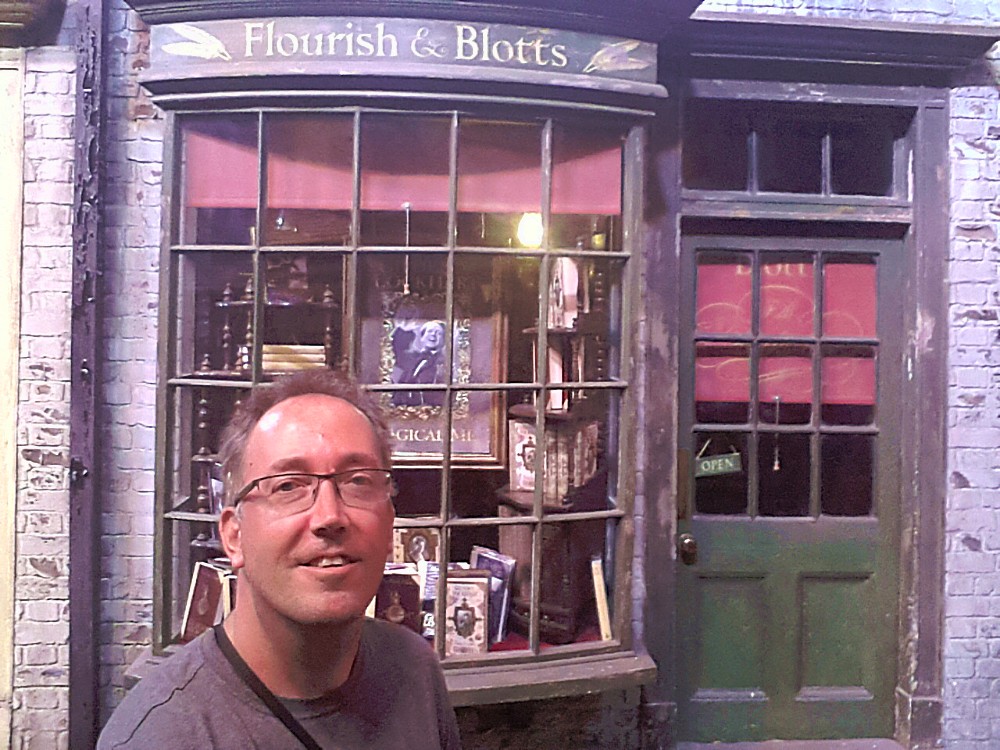 Flourish & Blotts sells a great variety of magic books, including textbooks for Hogwarts courses and other books of general magical interest. In the back there is a corner devoted solely to divination, which includes a small table stacked with titles like Predicting the Unpredictable: Insulate Yourself against Shocks and Broken Balls: When Fortunes Turn Foul. Another small display contains the book Death Omens: What to Do When You Know the Worst is Coming.

Usually, there is a display of gold-embossed spell books the size of paving slabs in the window, but in Prisoner of Azkaban, the front window holds an iron cage filled with hundreds of copies of The Monster Book of Monsters. To deal with the vicious books, set for the third year Care of Magical Creatures class by Hagrid, the harassed manager had to gear up with thick gloves and jab at them with a knobbly walking stick, as the books tended to rip each other apart. The manager says that he had thought he had seen the worst when they bought 200 copies of The Invisible Book of Invisibility, which were promptly misplaced. 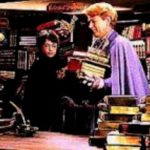 It was here that professor Gilderoy Lockhart attended for a book signing session and Harry received Lockhart’s entire collective works…free of charge.

In Chamber of Secrets, celebrity author Gilderoy Lockhart signs copies of his autobiography, Magical Me, at the shop the day Harry buys his second year school books. The signing drew a huge crowd of fans (mostly middle-aged women). This is also where Lucius Malfoy slips Tom Riddle’s diary into Ginny’s battered old Transfiguration book, thus causing the start of the events in Chamber of Secrets.

The Wandelgek, as a great fan of the writings of Professor Lockhart, obviously had started camping before the door of the bookshop the evening before. He woke at 6 pm and anxiously waited for the shop to open so he could be in the front line when the shop opened its doors at 9.00 pm and run to the desk where Lockhart would start signing books at 9.30?

The Wandelgek didn’t get as lucky as Harry who received the entire book collection of Professor Lockhart, but he managed to find enough study books and other interesting stuff at the bookshop, which equaled the piles of books Harry received… 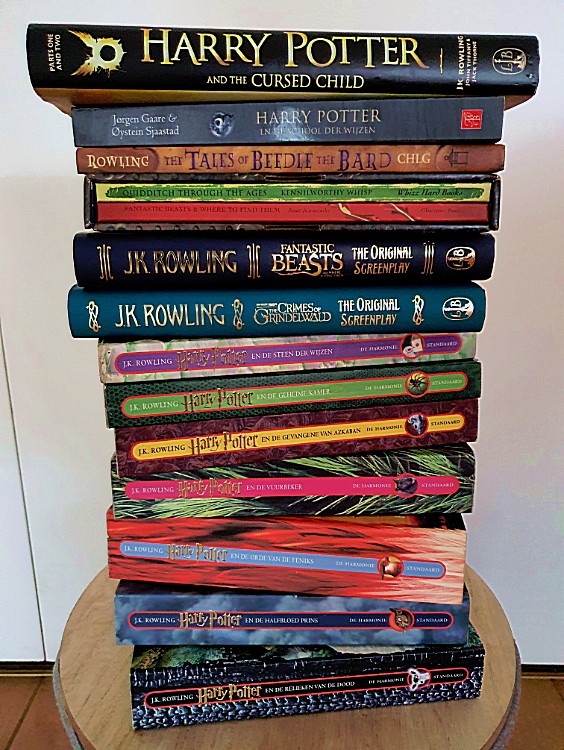 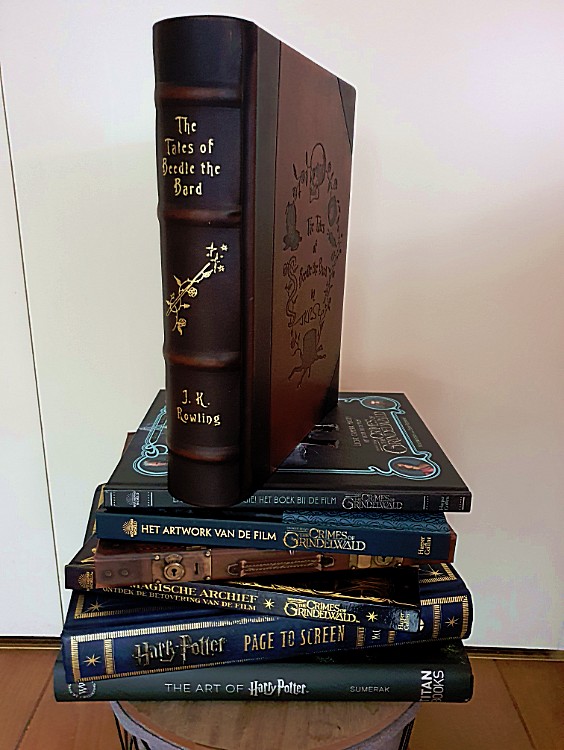 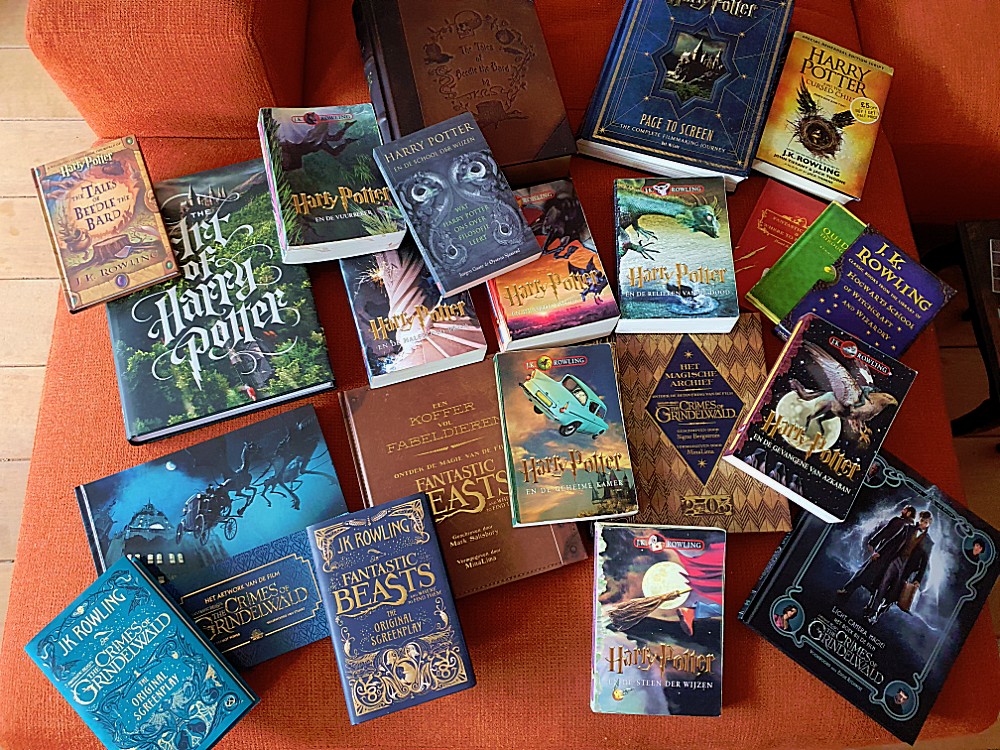 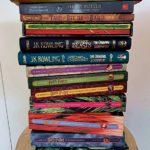 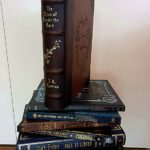 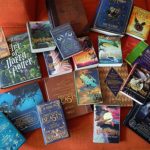 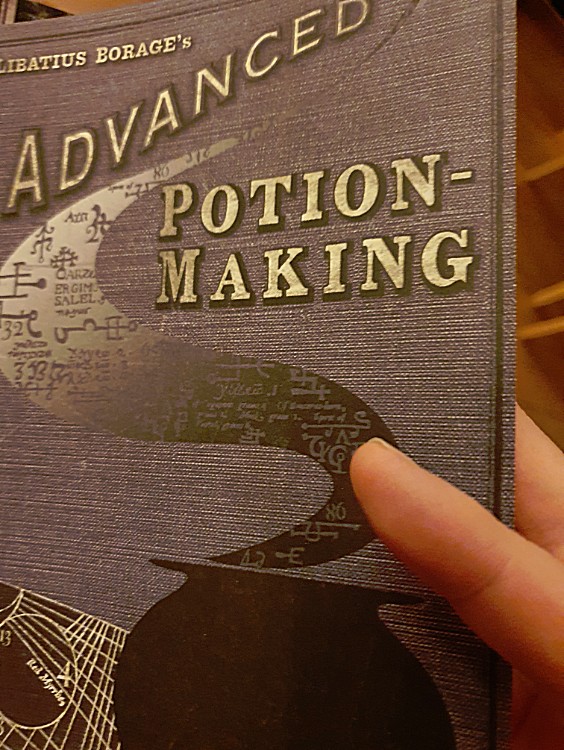 On its book shelves  he spotted several classics from the wizzarding worlds like: Advanced Potion Making, Quiditch through the Ages, Water Plants of the Highland Lochs, Defence against the Dark Arts, Fantastic Beasts and where to find them, Magical Me, History of Magic, Ancient Runes made easy, Advanced Occlumancy and The tales of Beedle the Bard, next to complete rubbish like Dark Arts Defence Basics for Beginners, Albus Dumbledore and Who am I? 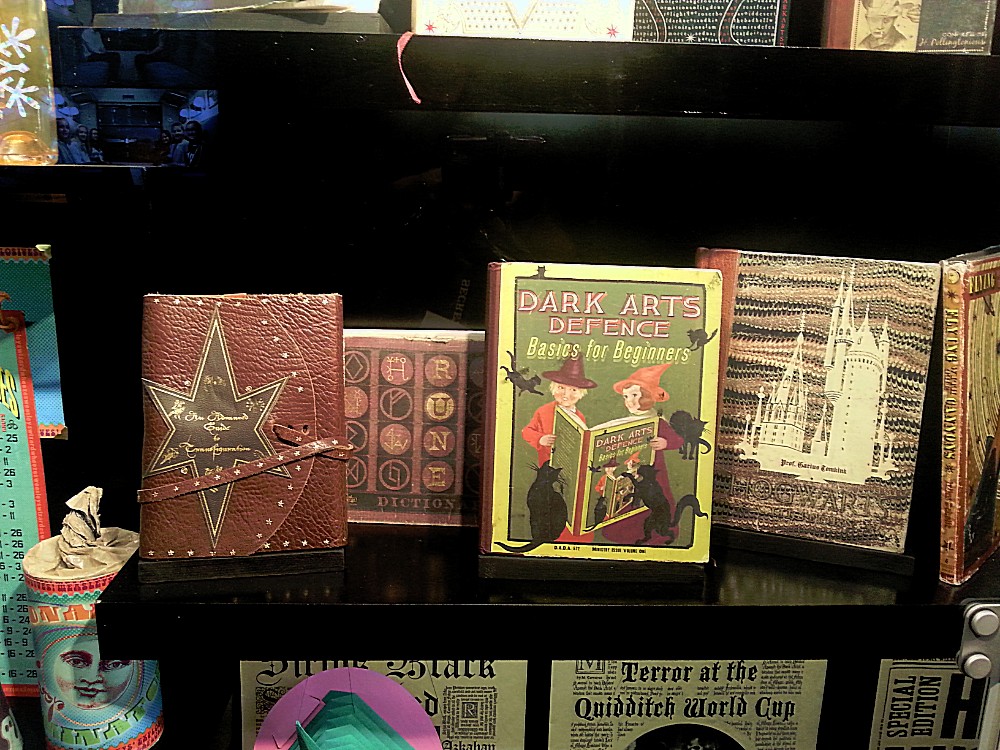 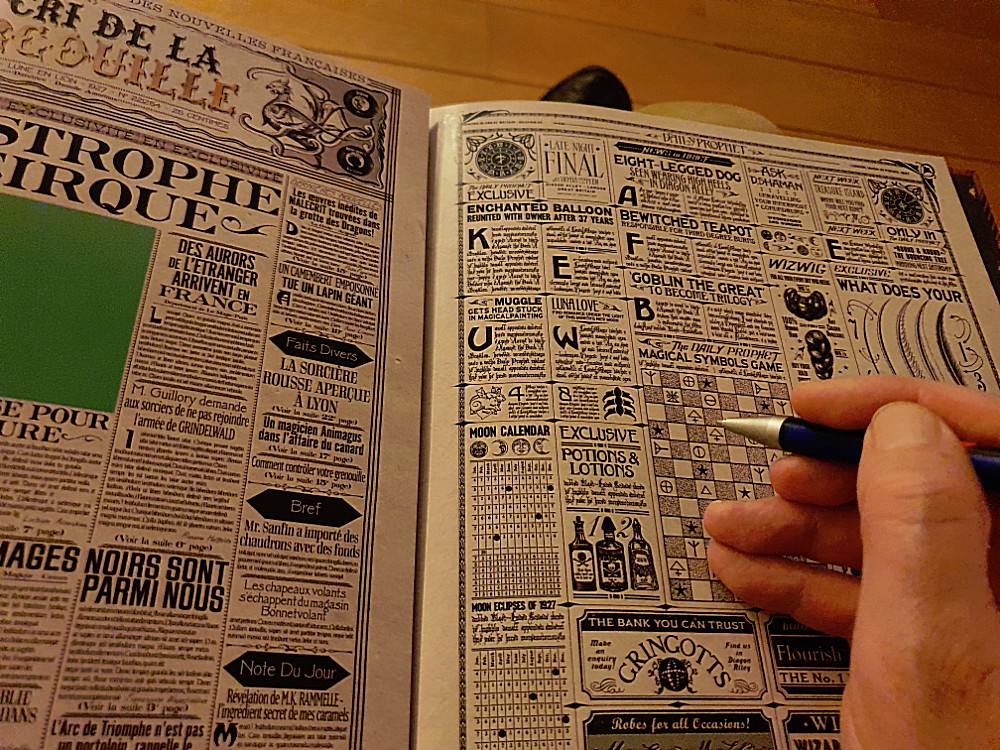 The Wandelgek was most interested in the Magical Symbols Game though… 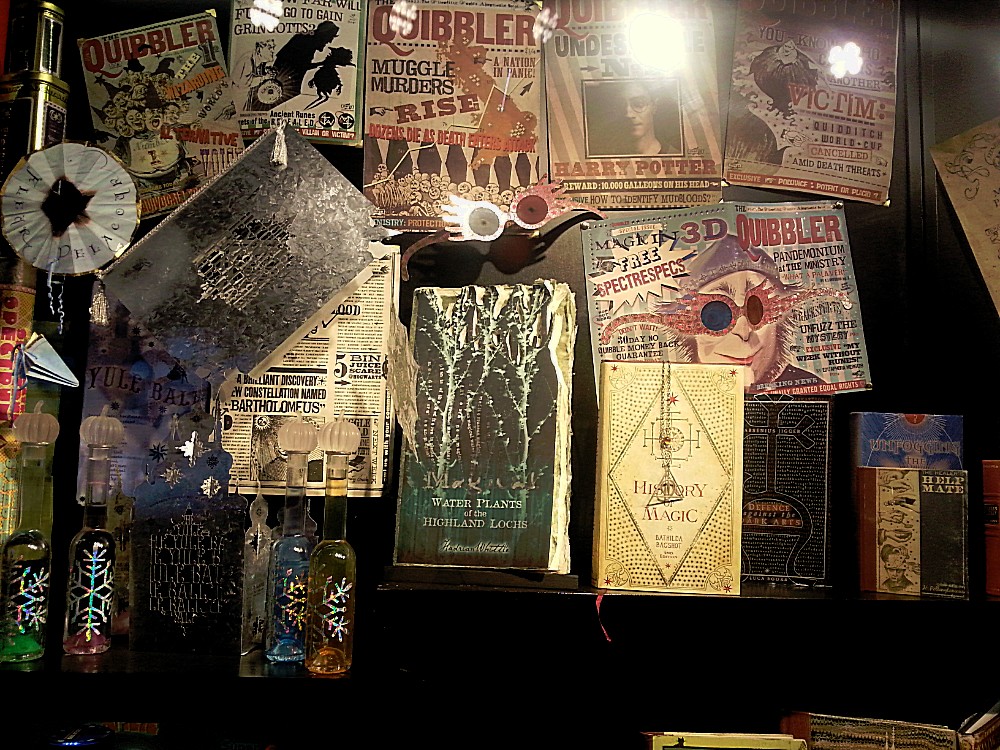 Some people even didn’t think of the Quibler as a newspaper but more as light amusement or worse gossip. However, when it comes to gossip, Spellbound surpasses by far the innocent hobbyism of The Quibler… 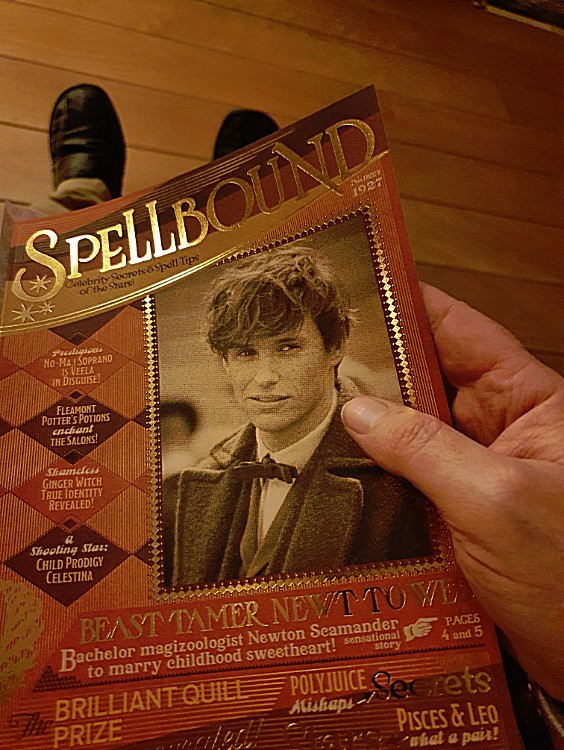 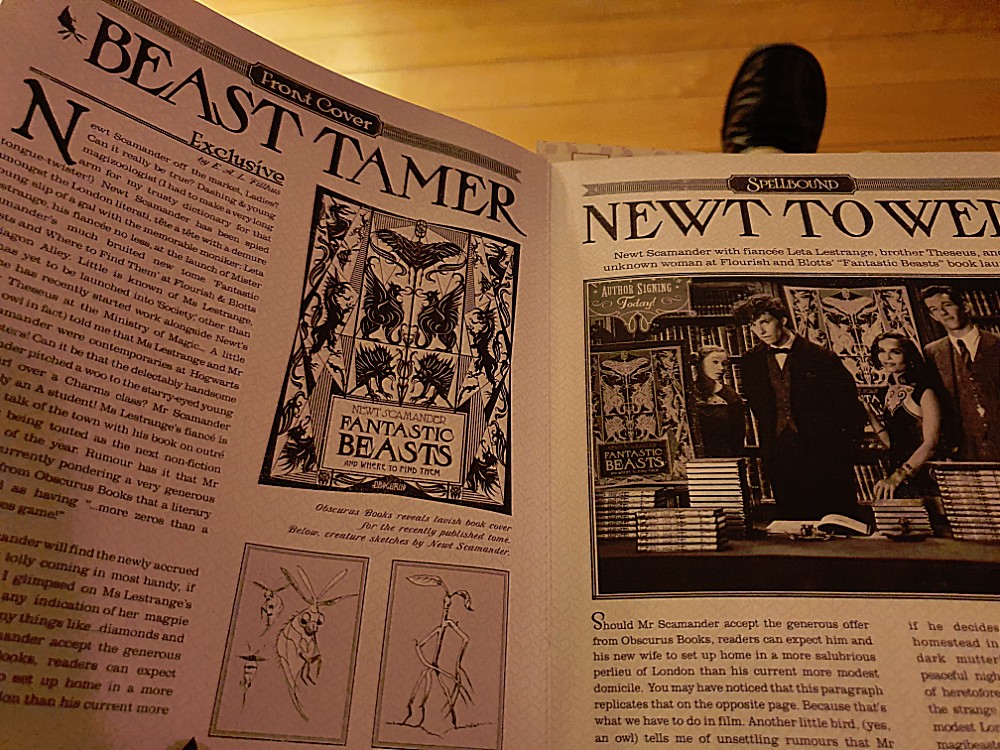 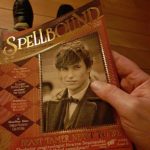 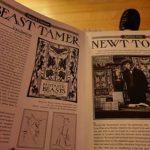 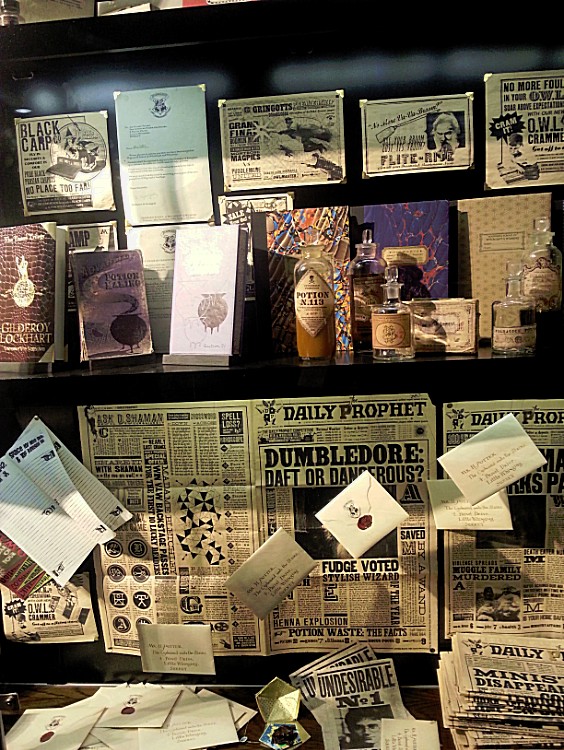 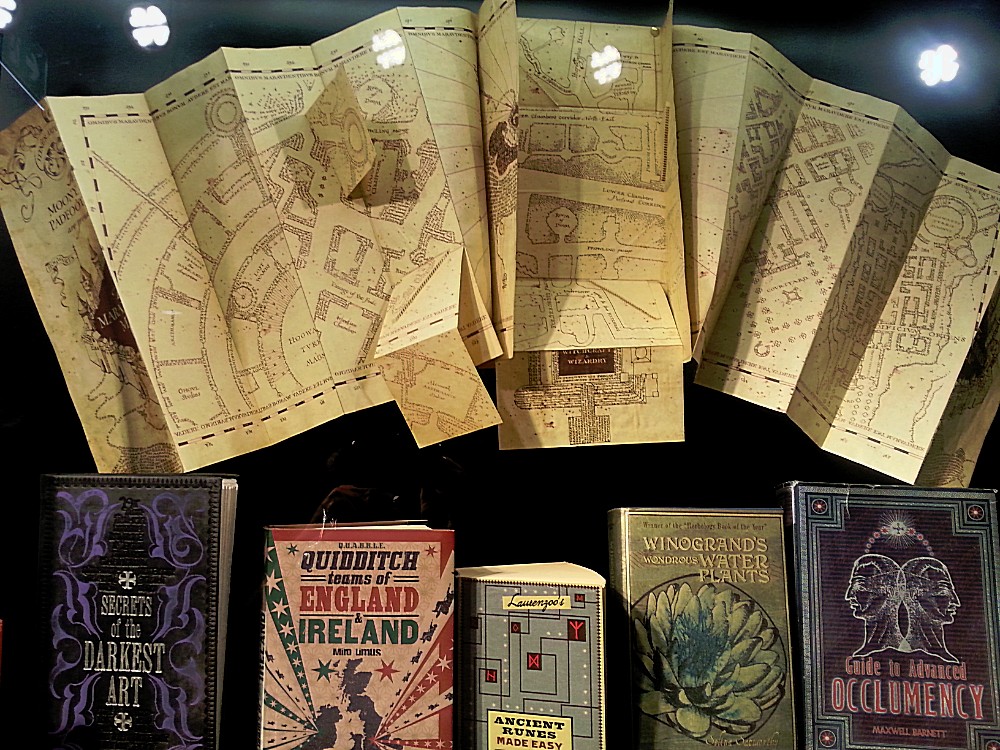 And then in a gloomy section at the top floor in the last cupboard on its lowest shelf, hidden beneath a thick layer of dust The Wandelgek discovered a priceless gem for his book collection. 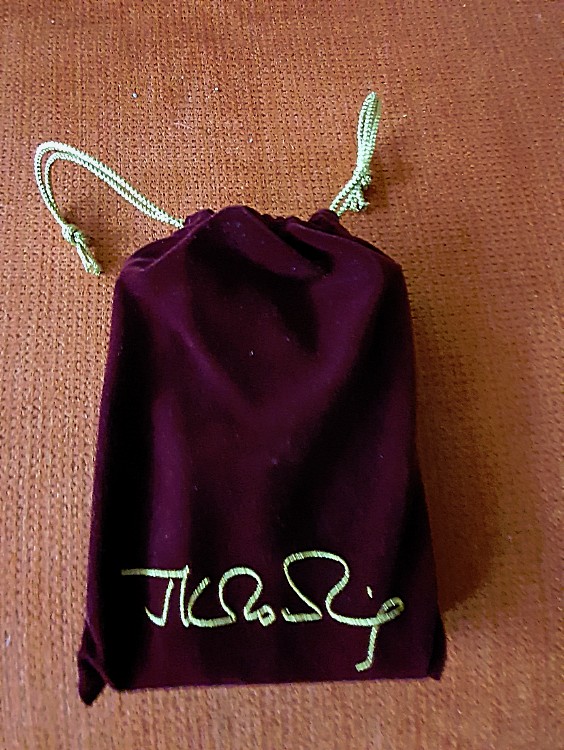 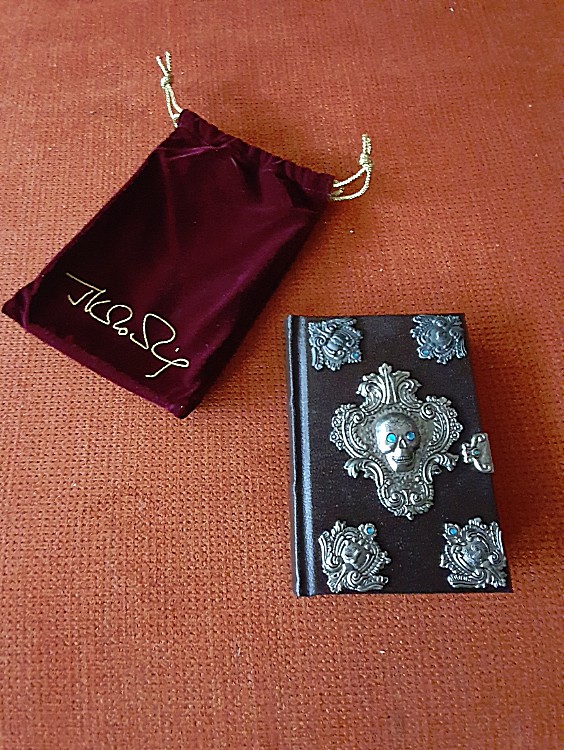 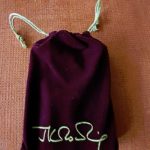 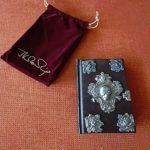 It was a heavy decorated, including small blue gem stones,  original handwritten edition of the famous Tales of Beedle the Bard*, containing such classic fairy tales like Babbity Rabbity and het cackling Stump, The Warlocks hairy Heart and of course The tale of the three Brothers…”

*Actually a well made copy of a unique 7  copies only version of the tales, made by J.K. Rowling: Rowling handwrote seven copies of her collection of fairytales set in the Harry Potter universe and gave six as presents to “those most closely connected to the Harry Potter books”. The seventh copy, made by Rowling to raise money for her charity Lumos, was sold at auction by Sotheby’s in 2007 for £1.95m. This 7th jewelled book was Harry Potter author’s thank you gift to publisher ‘who thought an overlong novel about a boy wizard in glasses might just sell’ 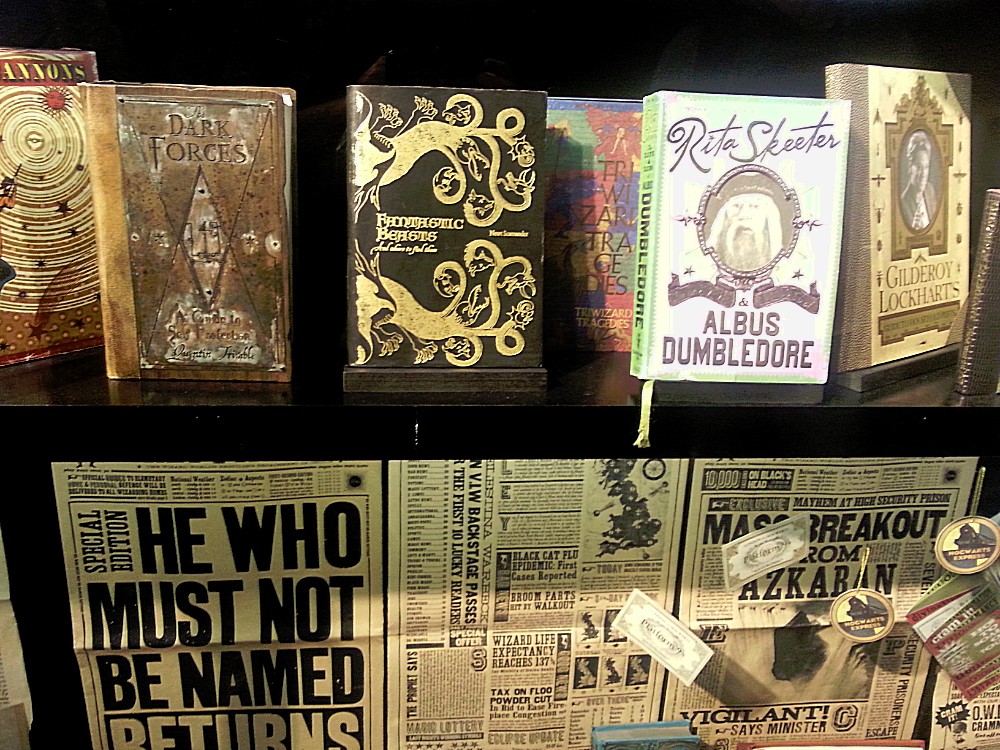 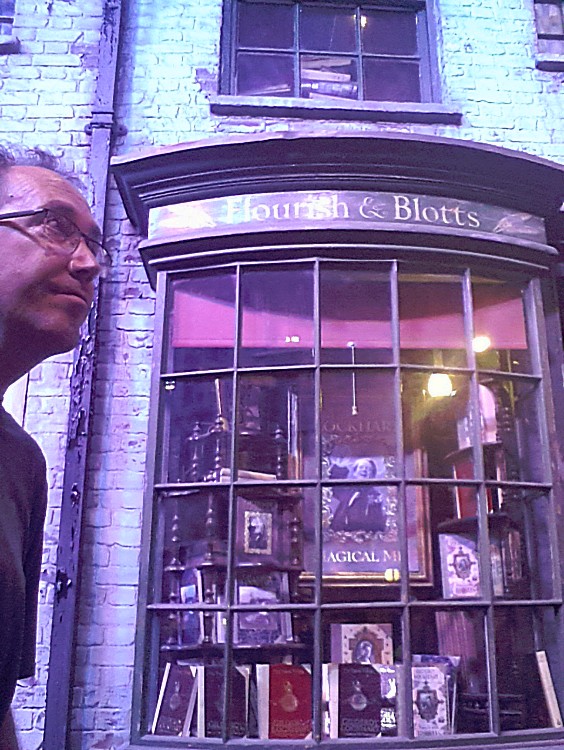