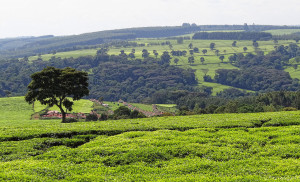 This fertile farm county is lush with vegetation and beautiful rolling hills, but tourists are few and far between. The region is home to the Luo people, the third largest ethnic group in Kenya. Western Kenya is the most densely populated part of the province, so that travelers can take a tour with ease on a well-developed road network. Western Kenya is the agricultural center of the country with fertile farmland in the north and vast tea plantations in the south.

This truly spectacular region is one of Kenya’s best kept secrets.

The highlands and escarpement of the North Rift Valley provide some of the country’s most awe-inspiring views, across the broad and beautiful Kerio Valley. The scenic vistas around the Elgeyo escarpement are truly stunning, especially from the ‘World’s End’ viewpoint at Nyaru. Waterfalls flow down the face of these escarpements, and at Chebloch, on the valley floor water runs through a deep and narrow gorge with sheer rock walls. 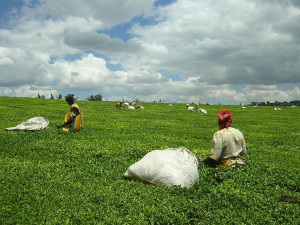 The highlands are an excellent place to explore, and there is plenty to discover among the many hills and ranges. From the high Tugen Hills, there are excellent views across arid rift valley floor to Lake Baringo. The lush green hills around Kericho are home to Kenya’s tea industry, and the nearby Kisii Community is world renowned for their beautiful soapstone carving.

Unlike most of Kenya’s mountains and ranges, the rolling Cherangani Hills are not volcanic in origin. The hills are centred upon a forested escarpment and surrounded on three sides by sheer cliff faces. They are criss-crossed by walking paths, and ease of direction and undemanding slopes make this excellent country for relaxing hill walking.

The paths cross open farmland, pass through sheltered valleys and wind their way up to forested peaks.

This is a birding mecca, and whether you are a serious ornithologist or a hobby birder, you should not miss the Cheranganis. There are excellent bird guides available locally.

Wildlife enthusiasts can also visit the nearby Saiwa Swamp National Park. This is one of the few parks that permits walking, and is an ideal place for a days hike. This wild country is home to many and varied species, the best known being the very rare Sitatunga. This semi-amphibious antelope lives in the depths of these swamps. Rimoi National Reserve, in the Kerio Valley, is an important area for elephant migration.

The Western Highlands have become a major draw for sporting tourists. This is the home of many of Kenya’s world famous runners. This is probably the finest place on earth for high altitide athletic training, and many international athletes visit training camps around Iten and Kaptagat.

But the real beauty of these Highlands lies in the solitude, peace, and isolation to be found in the hills…

Kericho is a Kenyan Town in Kericho County, located within the highlands west of the Kenyan Rift Valley. Kericho is home to Kenya’s biggest water catchment area, the Mau Forest. With a high altitude and virtually daily rains, Kericho is the centre of Kenya’s large tea industry, and its town square is even known as Chai Square (Chai is Hindi for Tea). Some of the largest tea companies including Unilever Kenya, James Finlay and Williamson are based here. It is also home to the popular Ketepa brand. Much of the tea is exported, with the UK being the largest market. The town has an urban population of 150,000 and a total population of over 500,000 (1999 census).

Kericho is home to the world’s single largest tea plantation and is home to the first human Kenyaphiticus situated at Fortenan, believed to be the dispersal site for the Kale speaking Kalenjin sub tribes. Other sites include Bagao Caves, Reresik, Kipsigis Museum at Kapkatet and Chebulu.

Kericho is the home town of the Kipsigis people, who are a part of the Kalenjin people. The Kipsigis and the Kalenjin have developed many excellent professional athletes. They include Kipchoge Keino, one of many athletes that have brought great victory during World Athletic Competitions.

A favorite local meal is Maize meal(kimyet), enjoyed with vegetables and beef. An almost constant accompaniment is a glass of sour milk locally known as Mursik. Tea is also widely consumed in the district, taken three times a day; at dawn, at mid-morning and at four o’clock. Tea after the evening meal is also common.

The origin of the town’s name has not been established. One theory is that it was home to the region’s first public hospital, built by the British at the dawn of the 20th century. Medicine in the local Kipsigis language is referred to as Kerichek. Another theory is that the town was originally home of a medicine man named KipKerich.[citation needed]

Kericho has a comparatively good transport network. Road is the main mode of transport to and around the district. Three main highways lead to the town of Kericho; the Nakuru-Kericho, the Kisumu-Kericho and the Kericho-Kisii highways. An alternative route to Kericho would be Nakuru-Njoro-Molo-Kericho, a road that is in good condition. The Nakuru-Eldoret highway is being recarpeted, from the Total Junction all the way to Kisumu it is in an excellent state. The district has direct bus (matatu) links to the cities of Nairobi, Mombasa, Nakuru, Kisumu, Eldoret and the towns of Kisii, Molo, Bomet, Litein, Sotik and Narok.A Chinise constructed highway that goes through Muhoroni-Fortenan-Londiani will shorten the journey for those going direct to Nakuru from Kisumu.

Rail transport is available from Kipkelion, Londiani and Fort-Ternan stations, the main agricultural hubs within the district. 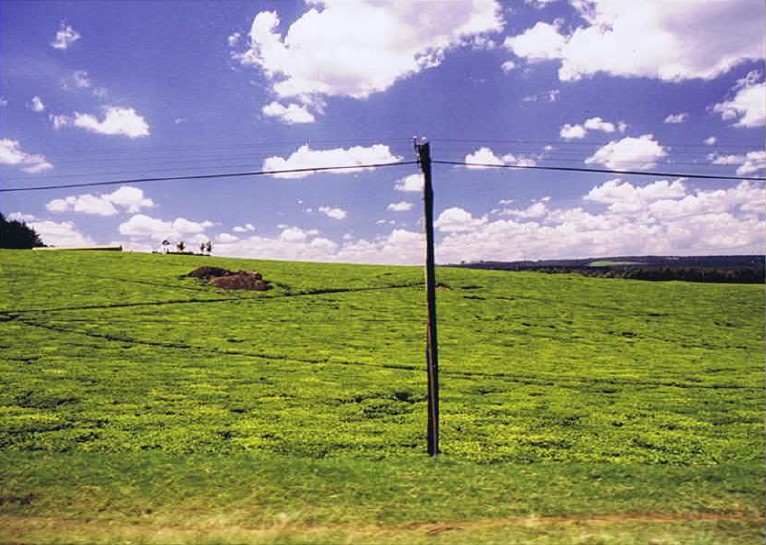 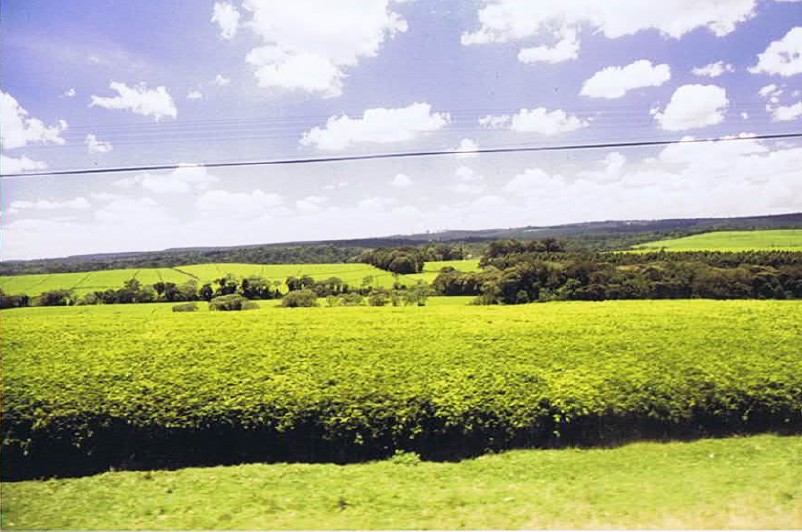 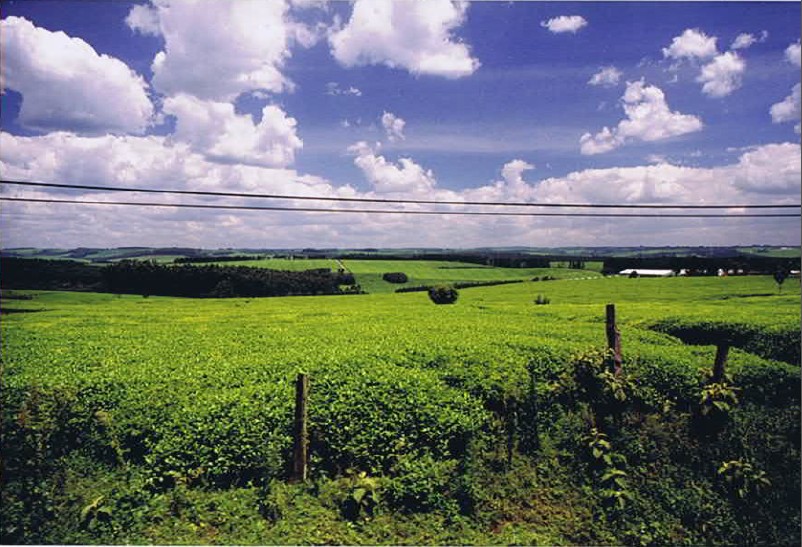 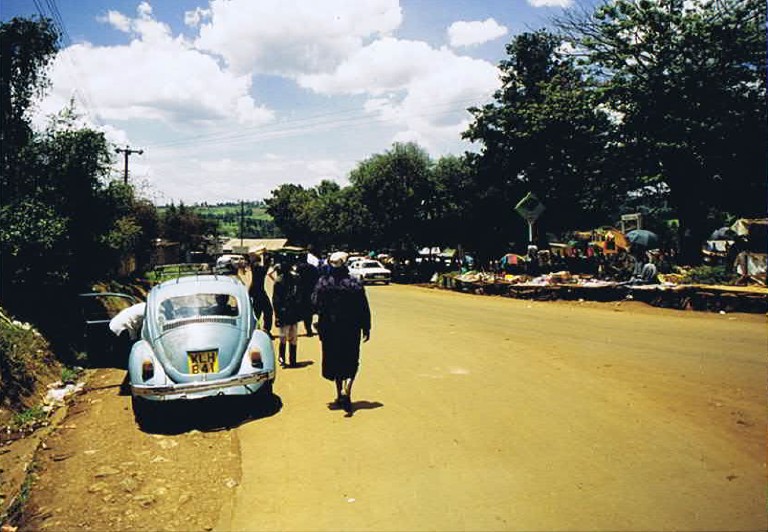 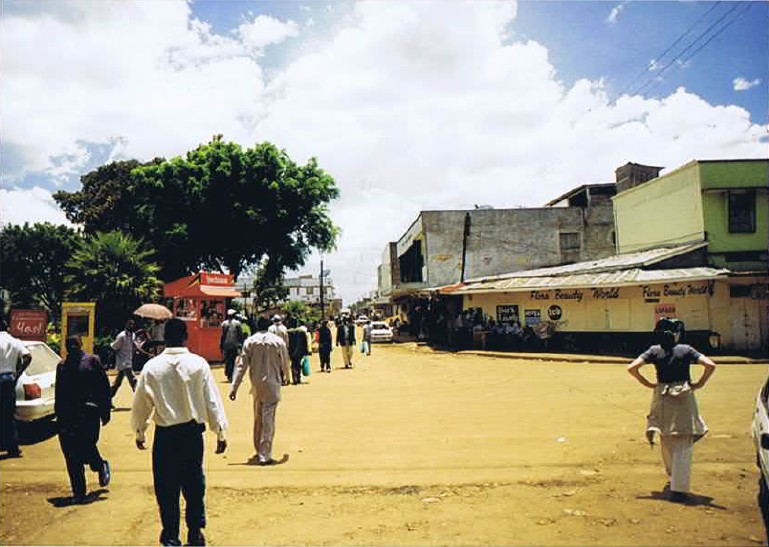 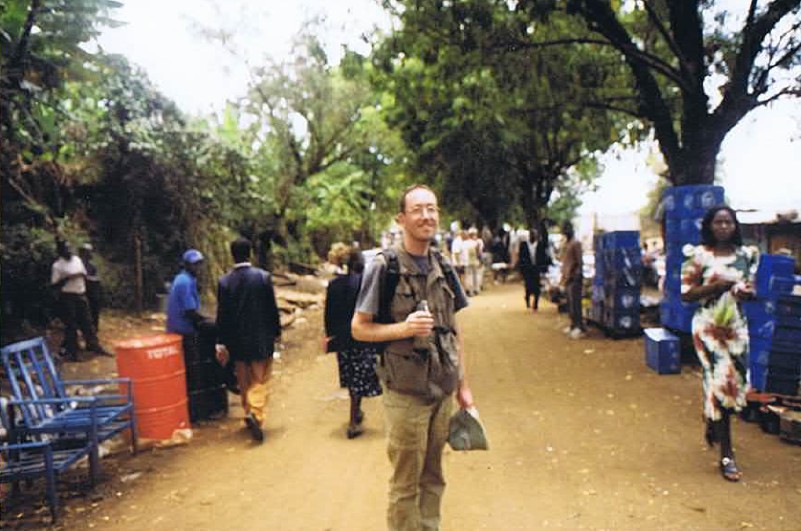 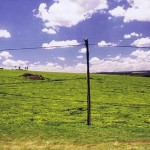 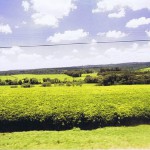 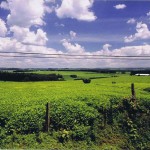 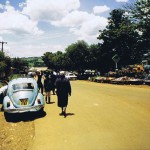 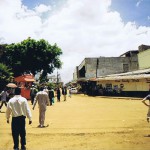 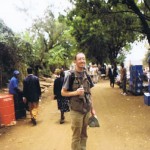 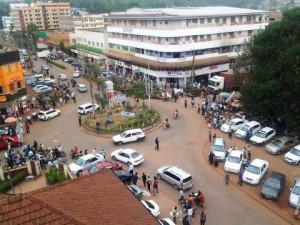 Kisii is a city in southwestern Kenya. It is the main urban and commercial center in the Gusii Highlands and the South Nyanza region. A vibrant town, the Kisii municipality has a population of about 200,000, according to 2012 estimates. Plus, it has a large dependent metropolitan population of over 100,000 residents, as per the latest national population and housing census of 2009. Kisii town is the capital of the Kisii County. It was the headquarters of the original and larger Kisii District before it was split to create Nyamira District (in the north) and Gucha District (in the south). With the new Kenya Constitution in August 27, 2010, Gucha District was re-absorbed back into Kisii County, whereas Nyamira District has been renamed Nyamira County.

Today, it is a bustling town and a home to several businesses, organizations, educational institutions and government agencies. Kisii municipality sits right at the centre of the western Kenya tourist circuit that includes the Tabaka Soapstone Carvings, Maasai Mara Game Reserve, Lambwe Valley Game Reserve and the entire Lake Victoria basin. The town continues to serve these former districts, the larger South Nyanza County and the Trans Mara area of western Narok County in commerce.

Kisii town was originally known by the Gusii people as Bosongo. It is believed to have originated from ‘Abasongo’ (to mean the White people or Whites) who lived in the town during the colonial times. The town was originally established by British soldiers who were being forced to retreat from Lake Victoria by heavy gunfire from German soldiers’ gunboats during the Great War in the early 20th century. Later Kisii was chosen to be the District Headquarters of the larger South Nyanza and Kisii region.

The town is predominantly inhabited by the Gusii community (also known as the Kisii), a Bantu people. The Luo, Luhya, Kuria, Asian and Kalenjin make up a minority of residents. 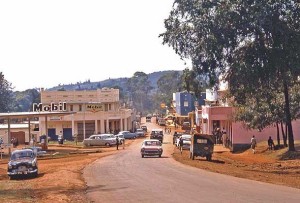 Public transportation, which is operated privately, is available throughout the town. A good example is private-owned taxis (matatus), taxi cabs and ‘boda-boda’ (motorcycle taxis) as an alternative to privately owned vehicles. Kisii town has one of the most organized bus stations and public transport systems in the country. Buses and matatus are not allowed inside the town.

Air service to Kisii is minimal. However, chartered flights mainly from Nairobi’s Wilson Airport transport passengers to Kisii’s Suneka Airstrip situated 9 km (6 mi) southwest of the town centre. The facility is underused, but many of the residents especially businessmen, local politicians, and tourists use it for convenience.

From Kisii, it is easy to get to Tabaka Soapstone quarries, the Maasai Mara Game Reserve in Narok County, Lambwe Valley Game Reserve in Homa Bay County, Kisumu, Lake Victoria, and the Kenya/Tanzania or Kenya/Uganda border points. 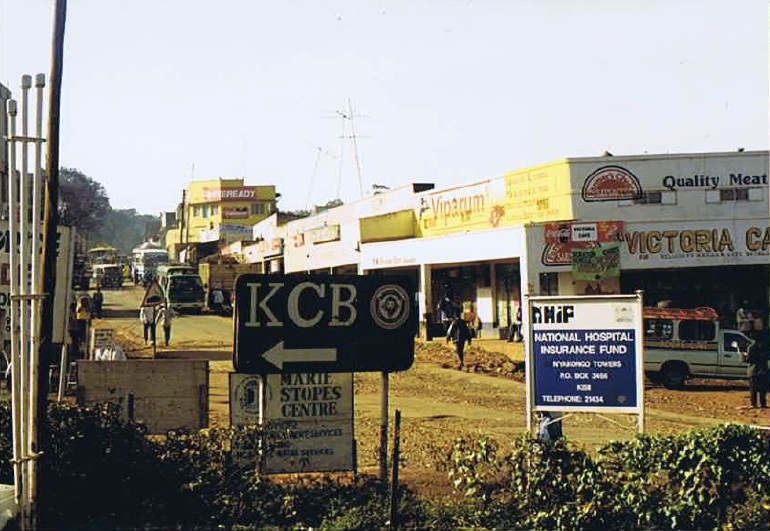 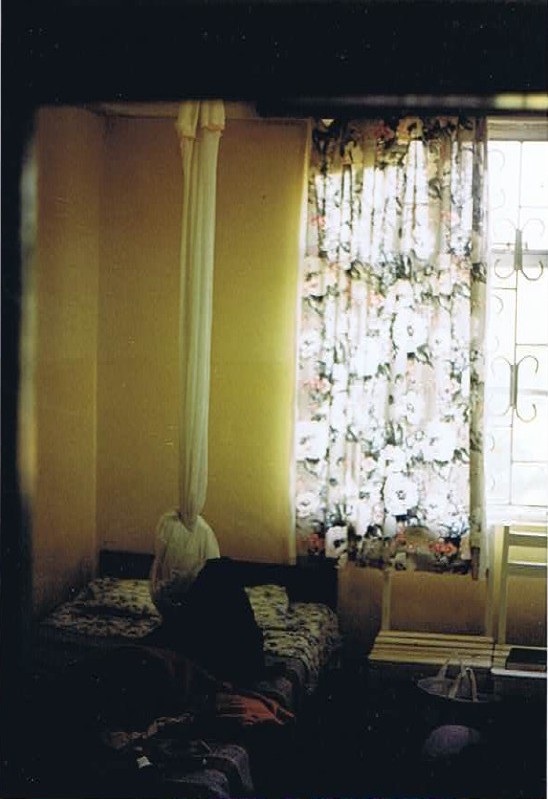 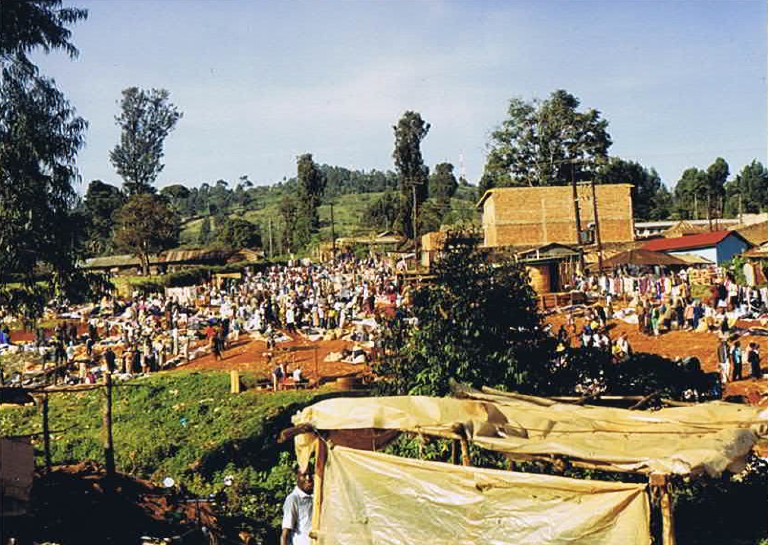 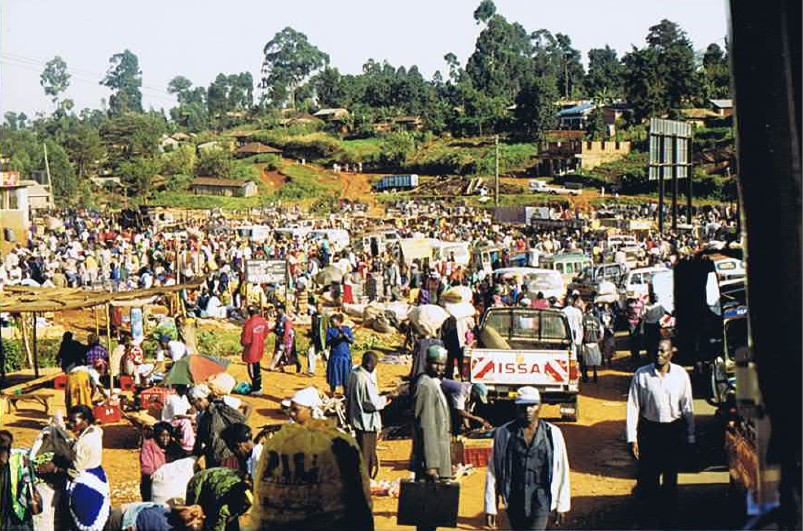 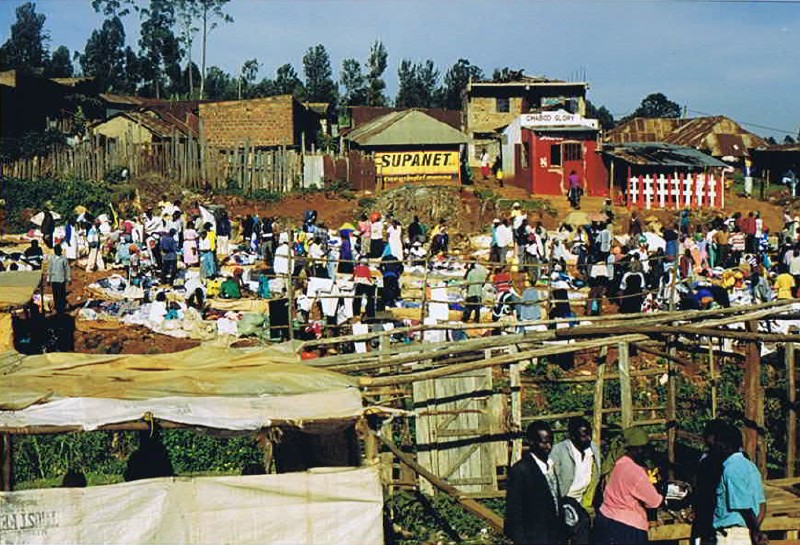 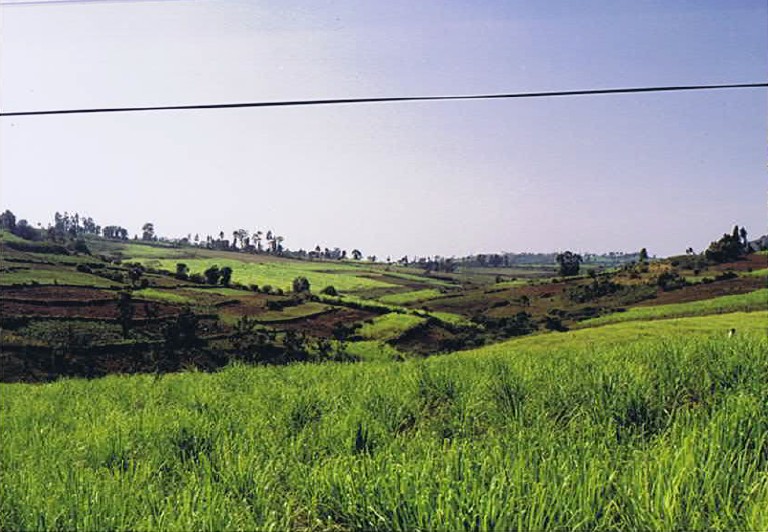 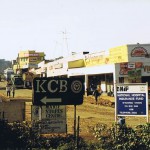 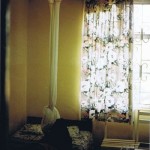 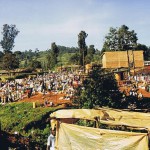 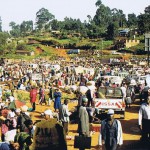 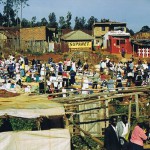 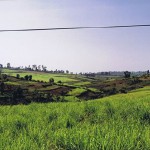