Often referred to as “Chinese Port” due to the wooden jetties that look like bamboo structure where the fishing and pleasure boats moor on either side of the canal that leads out into the Baie-de-Bourgneuf.
This picturesque harbour, now a Protected site, has a thriving industry of inshore fishing mainly crabs and lobsters, but also the farming off shore of oysters and to a lesser extent mussels.
The harbour was made possible by the building of a dyke in the 1940’s which runs for 14kms around the bay and then a series of “etires” or drainage canals that control the water levels within the Marais Breton.The port du Bec is on one of these Etires with a series of sluces at the inland end.
Behind the dyke the 4kms of oyster farms are extremely important to the local economy. 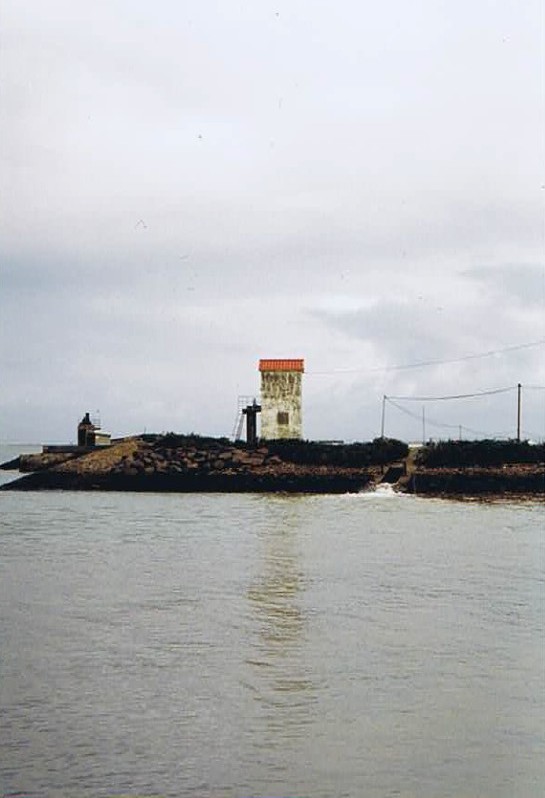 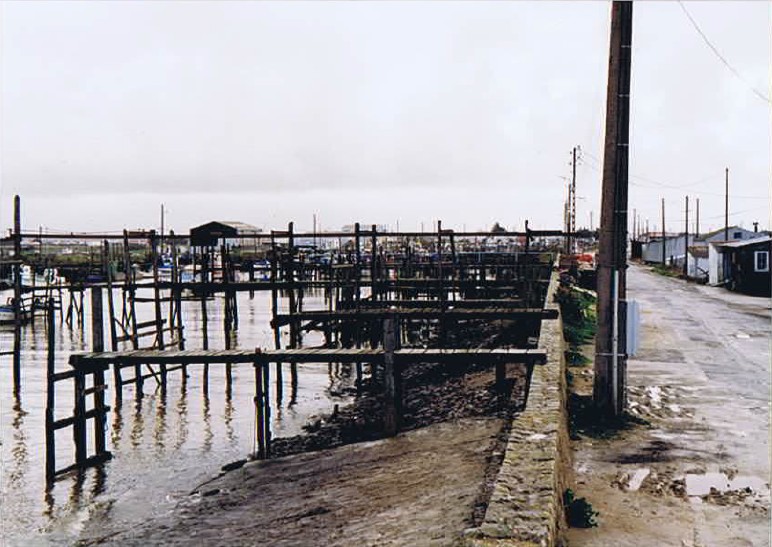 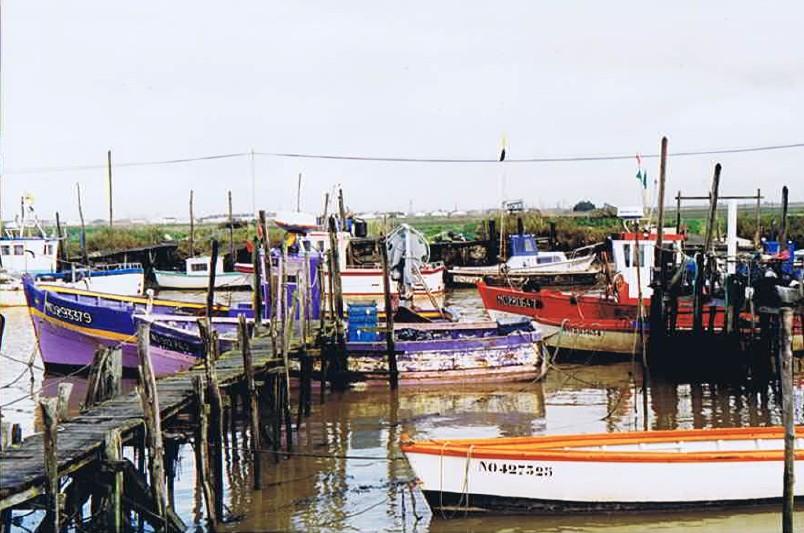 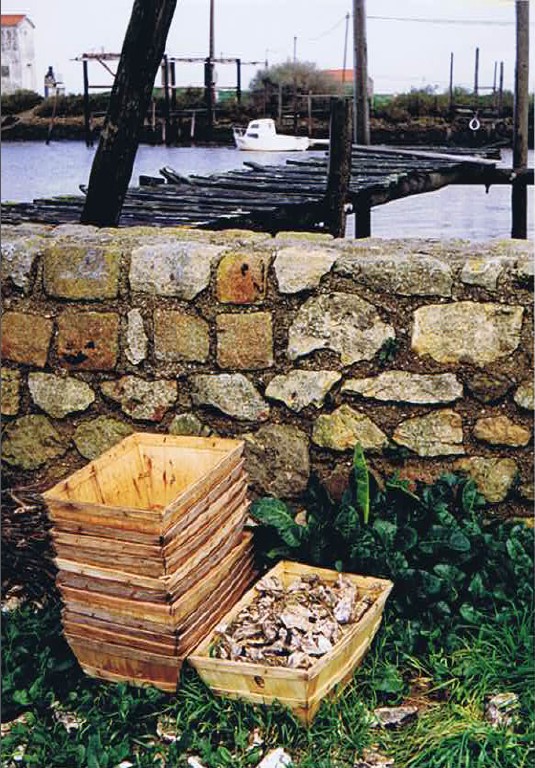 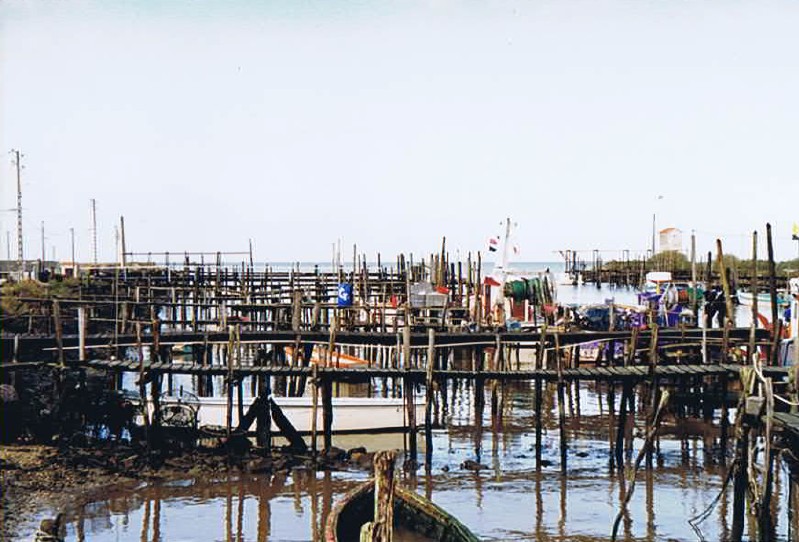 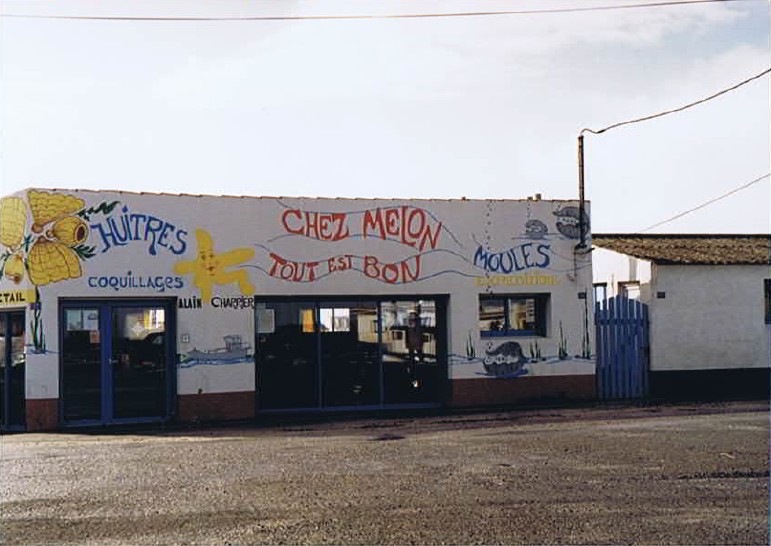 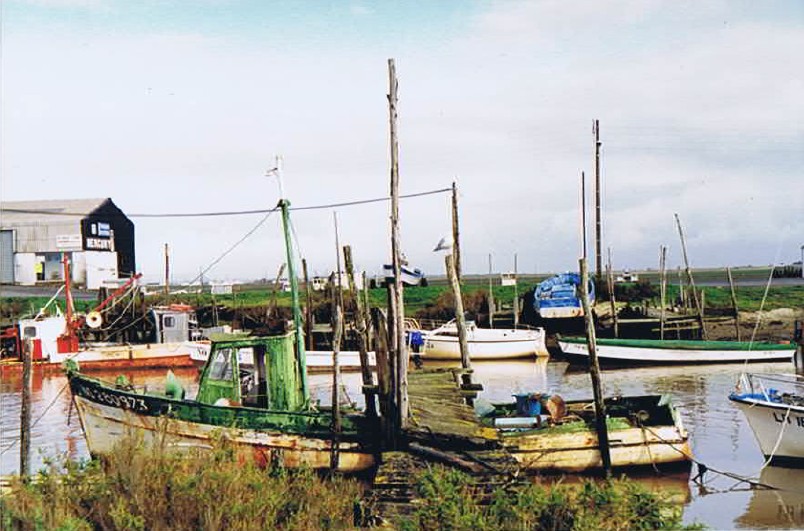 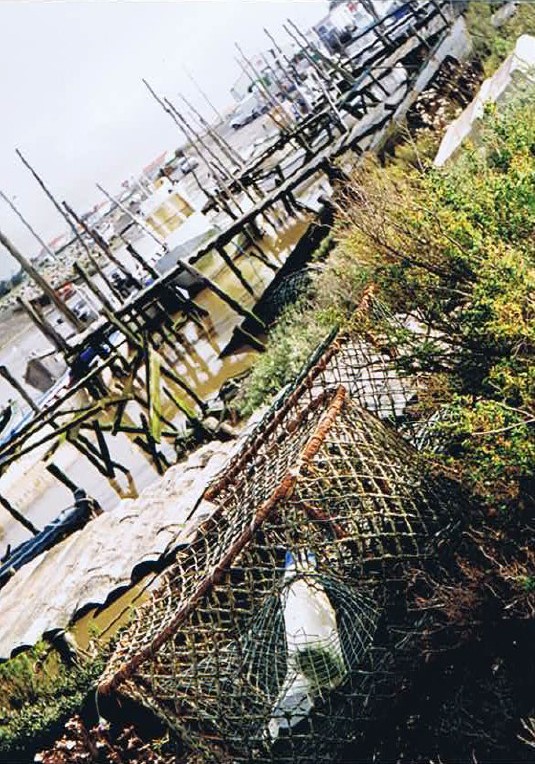 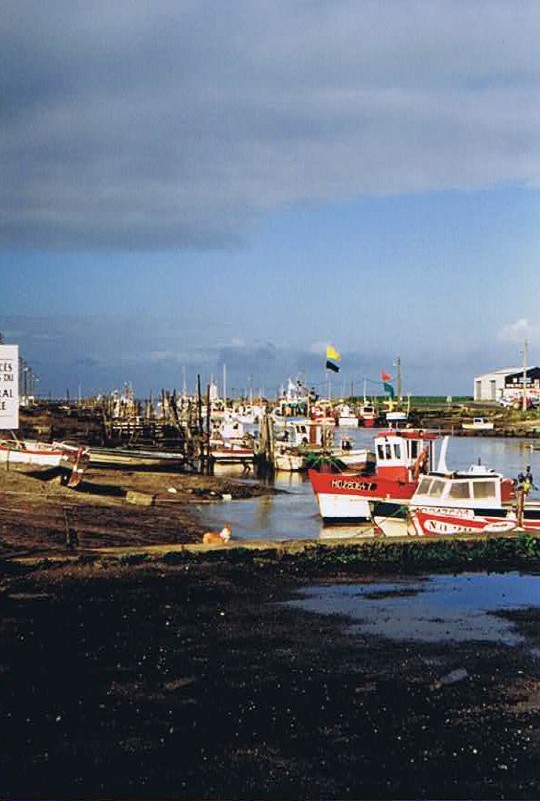 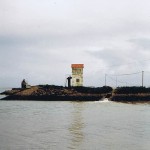 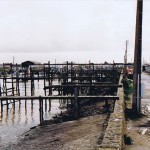 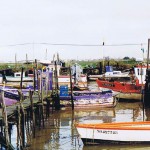 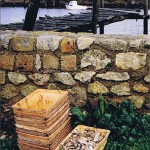 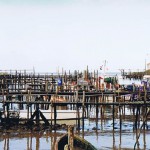 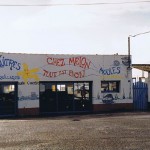 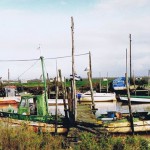 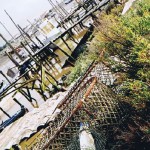 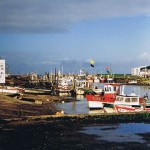 Port du Bec. (Chinese port) And Port de Champs are colourful and lively fishing harbours where the wooden jetties supported on long poles driven into the muddy channel have brightly coloured fishing boats moored to them. On the land side of the harbours are the sluices to control the water level, at low tide the water rushes down past the boats on its way to the sea, and at high water the ports are lively with returning fishing boats.