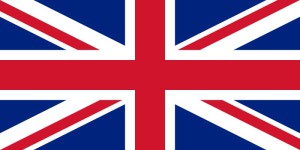 The United Kingdom of Great Britain and Northern Ireland, commonly known as the United Kingdom (UK) or Britain, is a sovereign country in western Europe. Lying off the north-western coast of the European mainland, it includes the island of Great Britain (the name of which is also loosely applied to the whole country), the north-eastern part of the island of Ireland, and many smaller islands. Northern Ireland is the only part of the UK that shares a land border with another sovereign state—​​the Republic of Ireland. Apart from this land border, the UK is surrounded by the Atlantic Ocean, with the North Sea to its east, the English Channel to its south and the Celtic Sea to its south-south-west, giving it the 12th-longest coastline in the world. The Irish Sea lies between Great Britain and Ireland. With an area of 242,500 square kilometres (93,600 sq mi), the UK is the 78th-largest sovereign state in the world and the 11th-largest in Europe. It is also the 21st-most populous country, with an estimated 65.1 million inhabitants. Together, this makes it the fourth most densely populated country in the European Union.

The United Kingdom is a constitutional monarchy with a parliamentary system of governance. The monarch—since 6 February 1952—is Queen Elizabeth II. The capital of the UK and its largest city is London, a global city and financial centre with an urban area population of 10.3 million, the fourth-largest in Europe and second-largest in the European Union. Other major urban areas in the UK include the regions of Manchester, Birmingham, Leeds, Glasgow and Liverpool.

The UK consists of four countries: 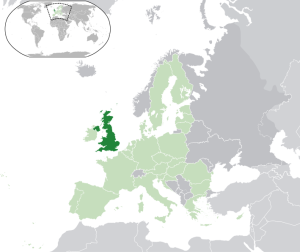 The last three have devolved administrations, each with varying powers, based in their capitals, Edinburgh, Cardiff and Belfast, respectively. The nearby Isle of Man, Bailiwick of Guernsey and Bailiwick of Jersey are not part of the United Kingdom, being Crown dependencies with the British Government responsible for defence and international representation. 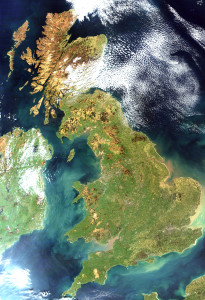