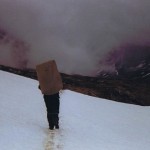 Today was a rainy and foggy day. At the Sälka huts we had asked about the weather for the coming days and especially tomorrow would be very bad. That meant it was better to try to reach Kebnekaise Fjällstation today, which was now 26km away. A tough trip. 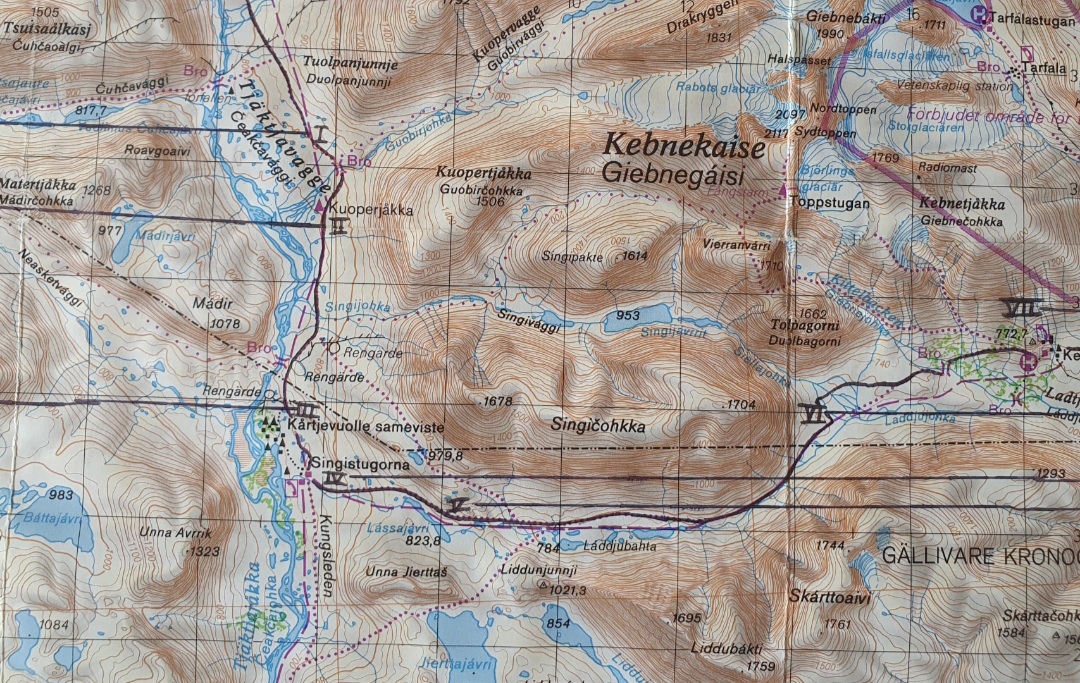 The first part of 12 km to the Singi huts was not too bad, but after that there was some sturdy climbing needed to get to the valley of the Fjällstation. Backpacks way heavy when climbing. 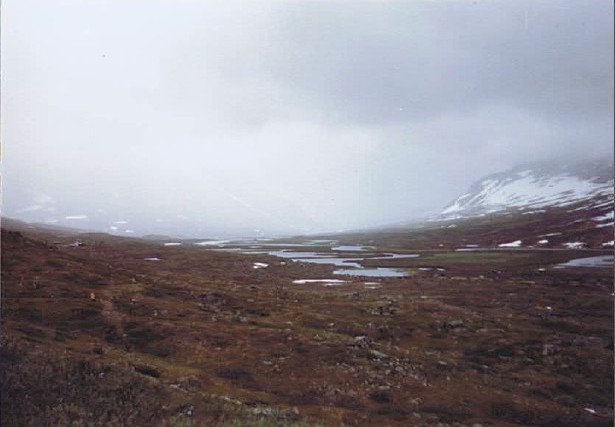 In fog and rain, this finally meant that our navigational skills were required. The stacks of stones with an orange painted top are of no use on foggy days. Now it was good to study the map, to use the direction of the valley (moumtains) and the river and to find the right branch of of the Kungsleden trail, at the Singi huts. We also had to walk higher in the valley because of the rain, not only because the main river burst out of its banks more and flooded part of the valley, but also to be able to cross the tributaries in places where they were still narrow. The further down they flow into the valley, the wider and more branched the rivers became (like tiny river deltas), so you had to make more effort to pass them. 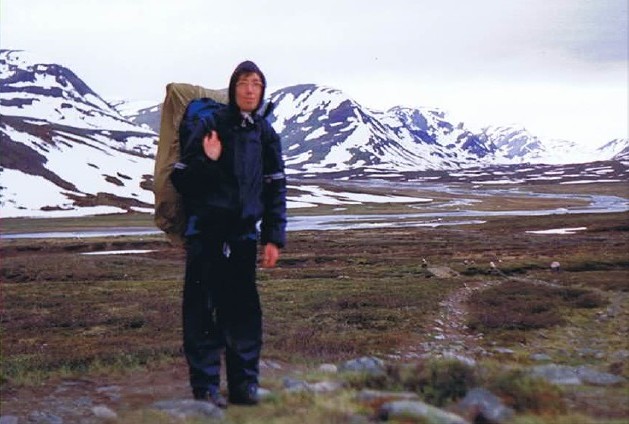 As it got warmer, the mosquito clouds that Swedish Lapland is known for also started to rise from the wetland upon the melting permafrost. The WandelgekI saw a lunar eclipse caused by mosquitoes  late at night. Eventually we reached the Fjällstation where we set up our tent at the campsite. 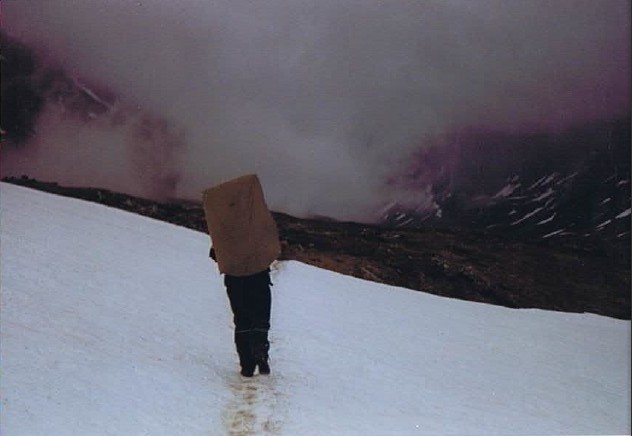