It’s time to uncover some of my now imminent travel plans. 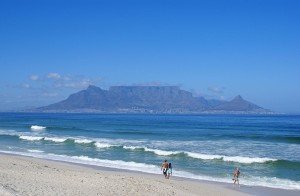 Why the hell I‘m going to travel to South Africa some readers may wonder? The goal of this blog is to shed a little light in the darkness. The darkness of Southern Africa. Sounds great! For a long time in history, the deep inner continent was virgin country for western travelers. The coastal areas were first discovered by travellers from Europe and later colonized by European nations that build ports and irrigated fertile farmlands. The Dutch started that way with the colonization of the South African Cape and the construction of Cape Town. For them it was not much more than a supply hub on the route to the Dutch East Indies.

In Cape Town I’ll start my adventure and the plan is to see as much as possible in about 3 days: Table Mountain, Cape of Good Hope, Wine Estate Groot Constantia (the oldest vineyard of South Africa, founded by the Dutch), Kirstenbosch Botanical Gardens and Robben Island.

The journey continuous north through Namaqualand to the Namibian border. In Namibia The Wandelgek will first visit the enormous Fish River Canyon and hopefully stay overnight in the canyon itself. 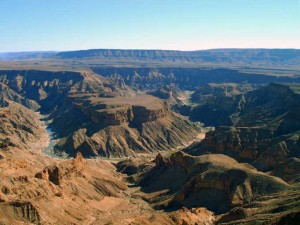 Fish River Canyon is second only to the Grand Canyon.

Then it goes north westward toward the beautiful huge red sand dunes of the Namib desert. The Namib has the highest sand dunes in the world and of course there is a sunrise worth waiting for on top of a huge dune. 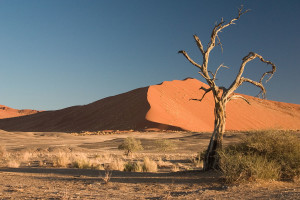 Then of course to the beautiful other worldly Sossusvlei with its petrified trees.

The adventure advances along the edge of the Namib and then crossing the north of it to the German-oriented town of Swakopmund on the Atlantic Ocean coast.

Then north across the barren but impressive Skeleton Coast to the Cape Cross Seal Reserve to see the sea lions up close and further north-east across Damaraland and the Kaokoveld, perhaps the most remote and desolate region in Africa. Here live the Himba tribes and they are certainly worth a visit. 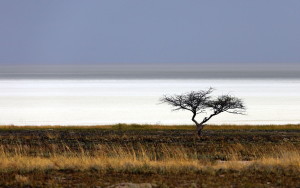 Then to the east across the Etosha National Park and skimming its vast salt pan. Lots of safari! 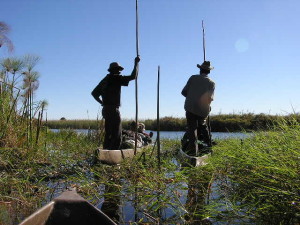 The journey continues north east to the border of Angola and then east into the Caprivi Strip. From the Caprivi Strip, two multiple day trips are made in to Botswana. First to the Okavango Delta, the great wetlands of the Okavango river in agony facing further southwards a dead struggle in the Kalahari Desert. It is the only river delta in the world that never reaches the sea. 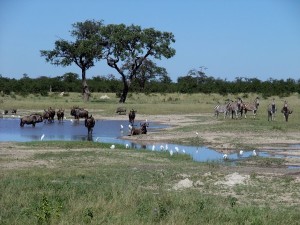 Then through the Namibian Caprivi Strip and again in to Botswana to the beautiful Chobe National Park where huge herds of elephants have a home. 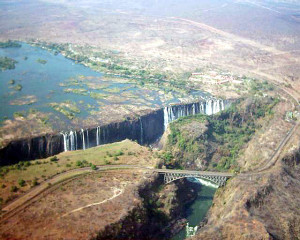 Finally, the trip is crowned by a visit to the Smoke that Thunders in Zimbabwe and Zambia. The largest waterfall in the world; Victoria Falls. This was where Stanley finally found Livingstone after the explorer, while searching for the source of the Nile, was not seen for years and thought lost.

So those are the plans, but no doubt there are many large and small surprises along the road less travelled and how could it be any different on an adventure in to the dark inland of the continent.