↓
Home→Feature→A citywalk with Mr. Tumnus through Oxford at sunset

After my late afternoon visit to the Tavern Pub, I decided to take my camera and go on an evening sunset stroll through beautiful Oxford. This blog is more of a portfolio of the pictures I made. 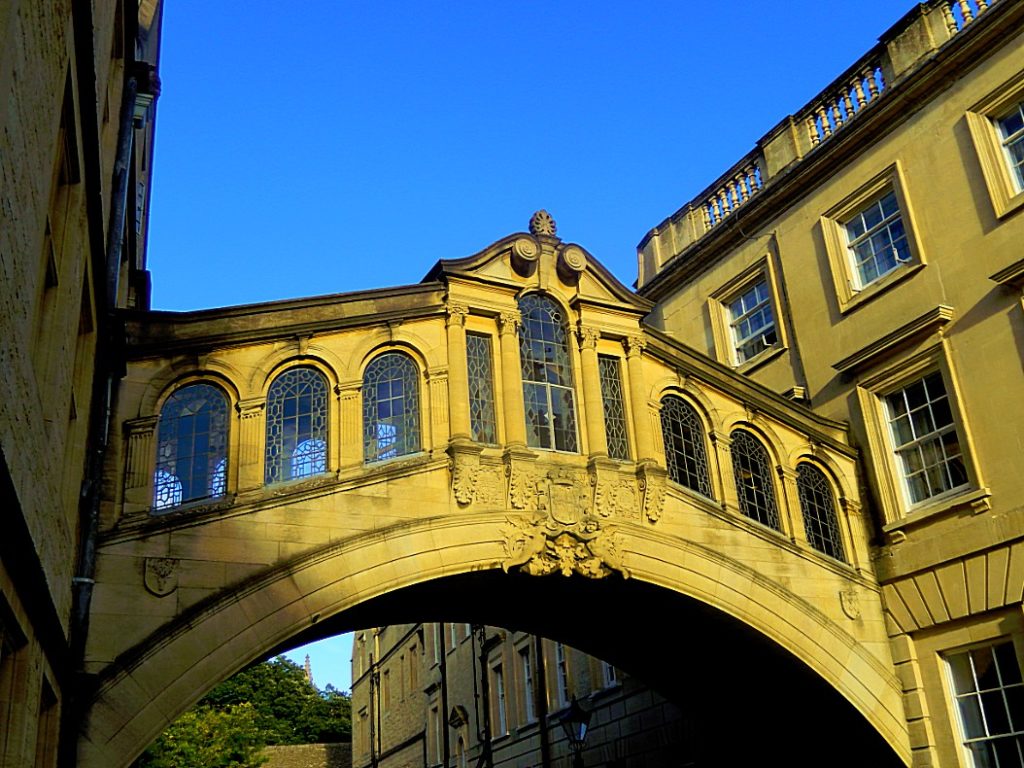 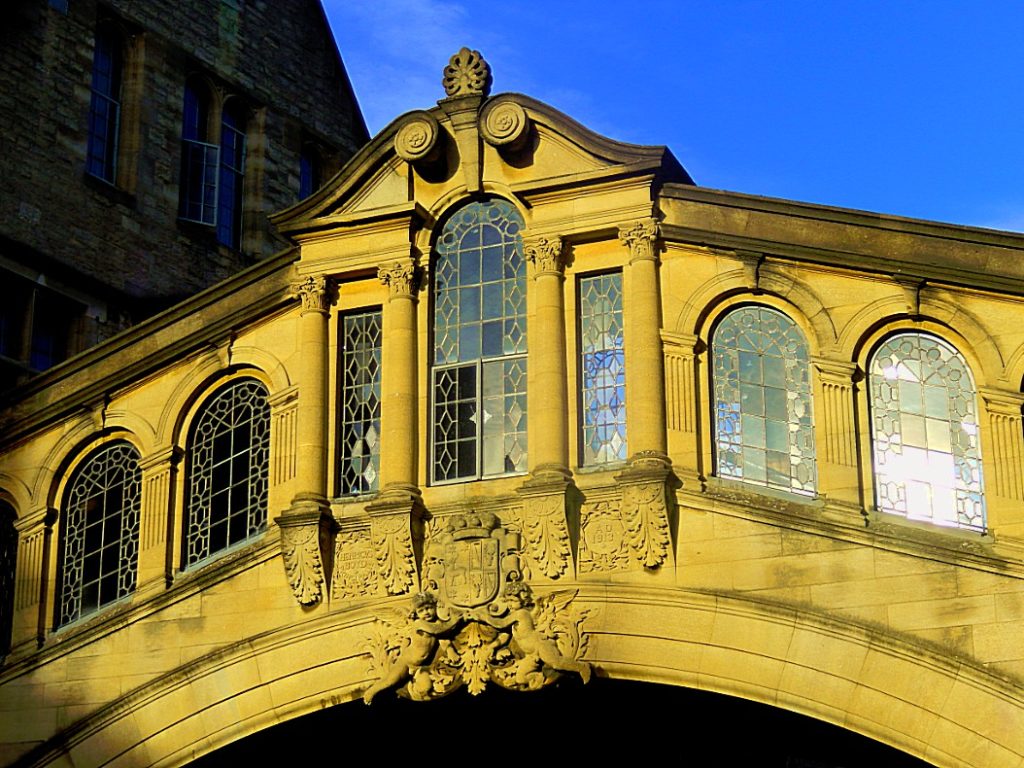 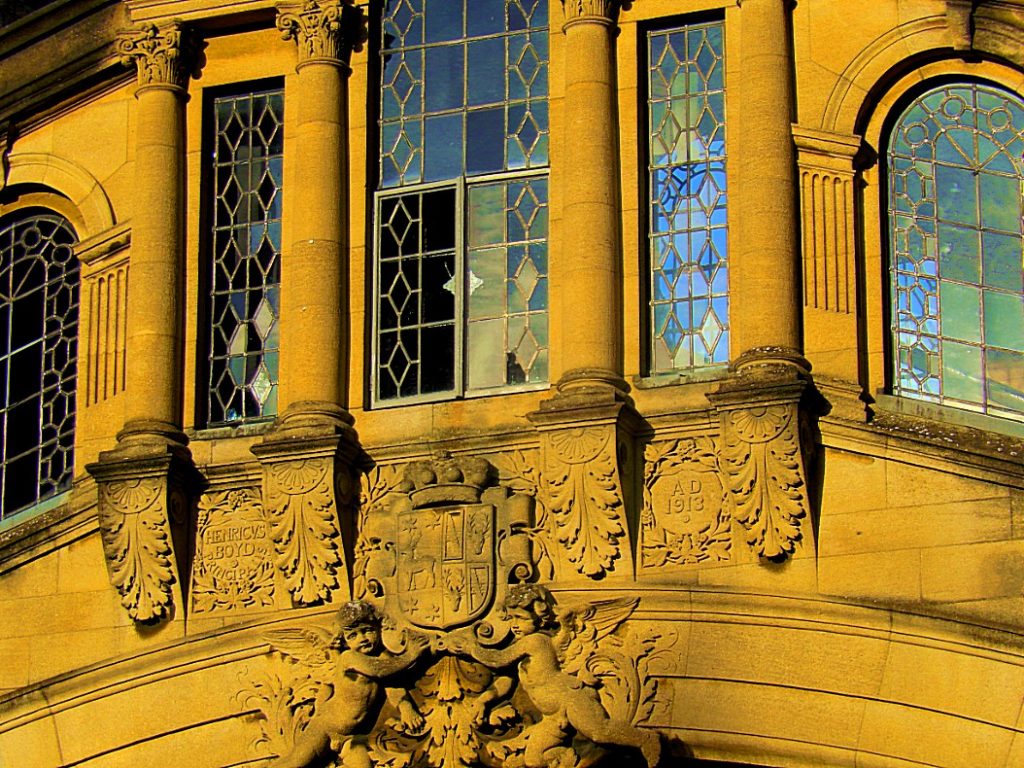 Spires of All Souls College 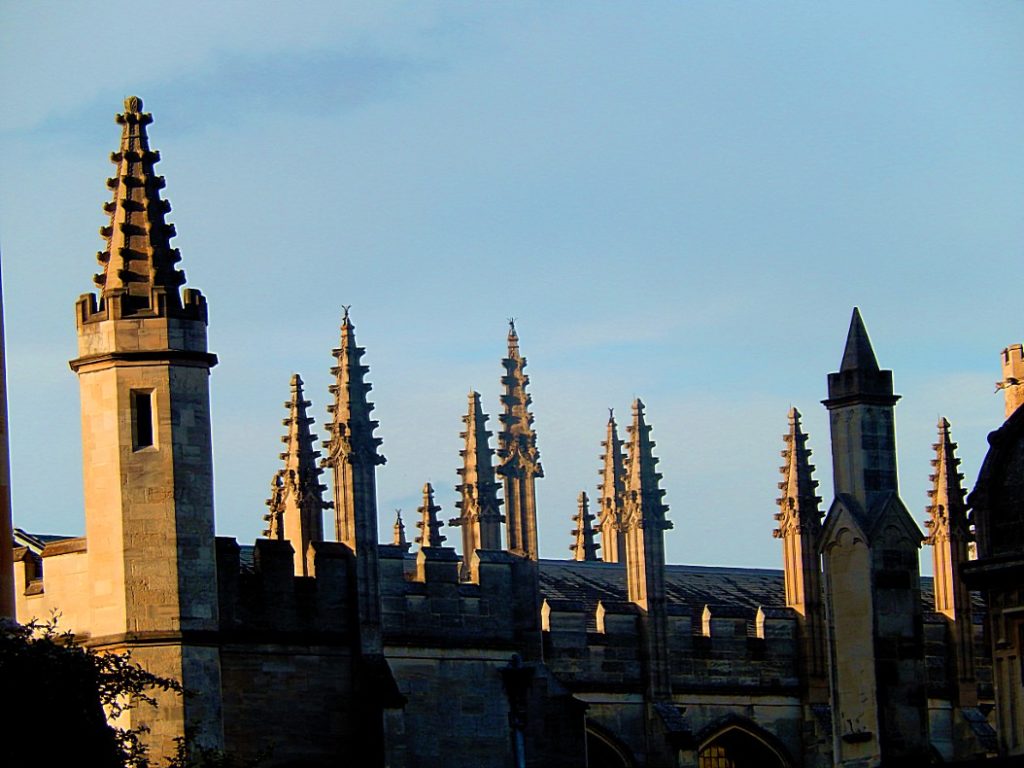 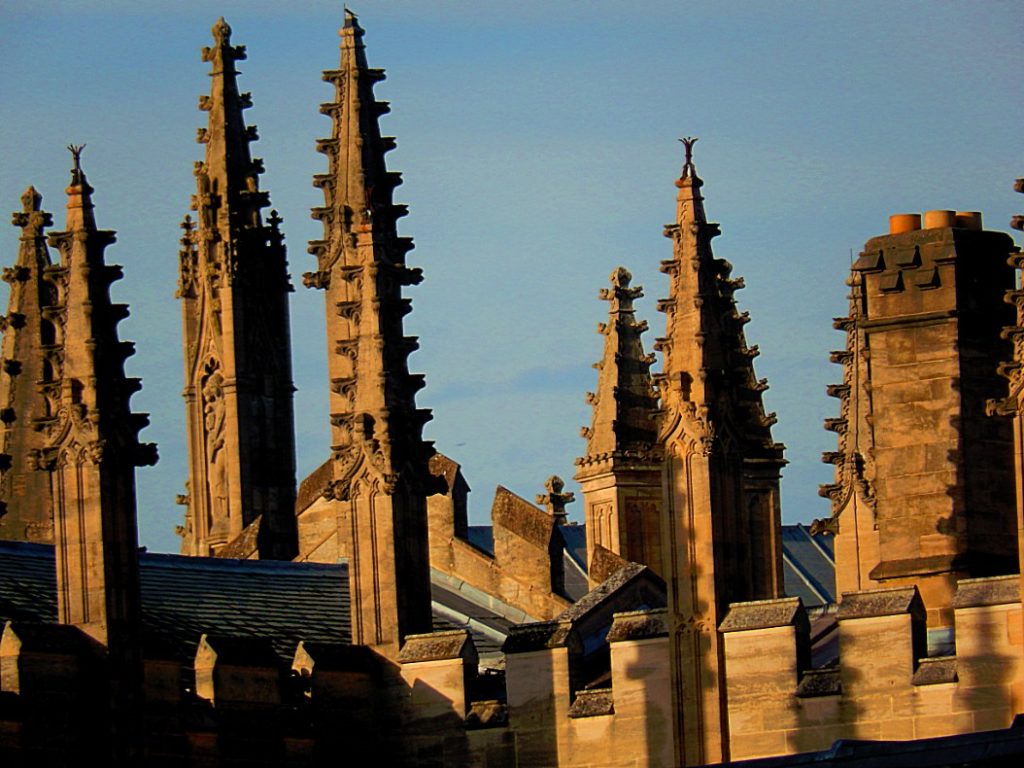 Church of St. Mary the Virgin and Radcliffe Camera 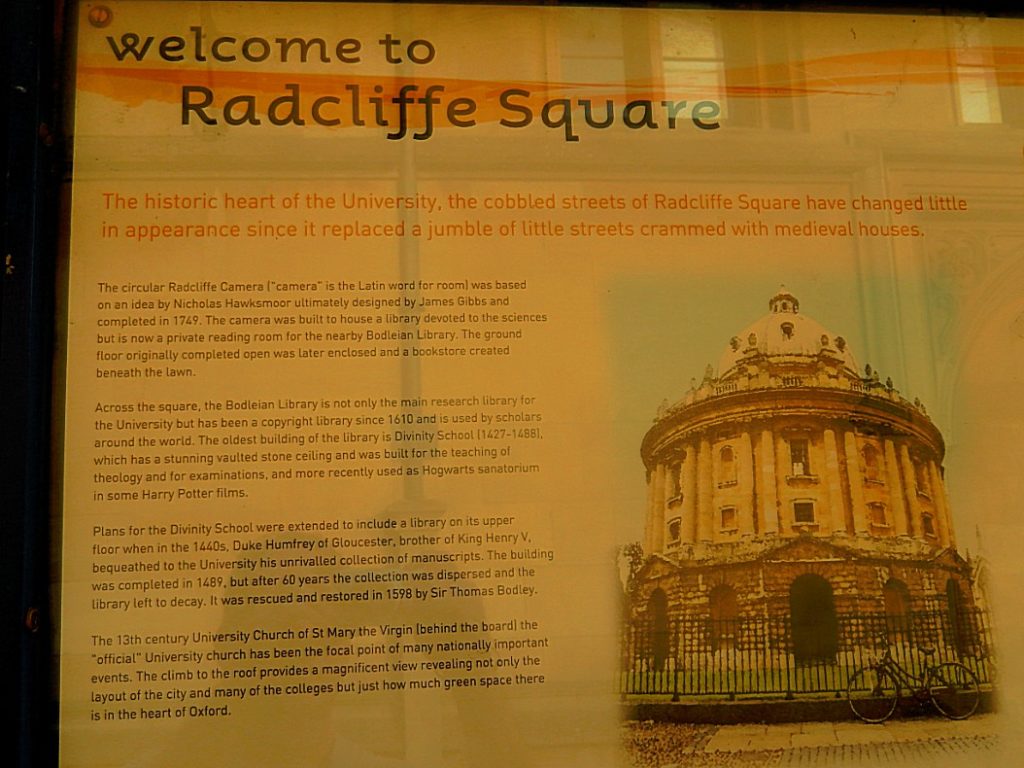 Clive Staples Lewis (29 November 1898 – 22 November 1963) was a British novelist, poet, academic, medievalist, literary critic, essayist, lay theologian, broadcaster, lecturer, and Christian apologist. He held academic positions at both Oxford University (Magdalen College, 1925–1954) and Cambridge University (Magdalene College, 1954–1963). He is best known for his works of fiction, especially The Screwtape Letters, The Chronicles of Narnia, and The Space Trilogy, and for his non-fiction Christian apologetics, such as Mere Christianity, Miracles, and The Problem of Pain.

Lewis and fellow novelist J. R. R. Tolkien were close friends. They both served on the English faculty at Oxford University, and were active in the informal Oxford literary group known as the Inklings. According to Lewis’s memoir Surprised by Joy, he was baptised in the Church of Ireland, but fell away from his faith during adolescence. Lewis returned to Anglicanism at the age of 32, owing to the influence of Tolkien and other friends, and he became an “ordinary layman of the Church of England”. Lewis’s faith profoundly affected his work, and his wartime radio broadcasts on the subject of Christianity brought him wide acclaim.

Lewis wrote more than 30 books, which have been translated into more than 30 languages and have sold millions of copies. The books that make up The Chronicles of Narnia have sold the most and have been popularised on stage, TV, radio, and cinema. His philosophical writings are widely cited by Christian apologetics from many denominations.

In 1956, Lewis married American writer Joy Davidman; she died of cancer four years later at the age of 45. Lewis died on 22 November 1963 from renal failure, one week before his 65th birthday. In 2013, on the 50th anniversary of his death, Lewis was honoured with a memorial in Poets’ Corner in Westminster Abbey. His works entered the public domain in 2014 in countries where copyright expires 50 years after the death of the creator, such as Canada. 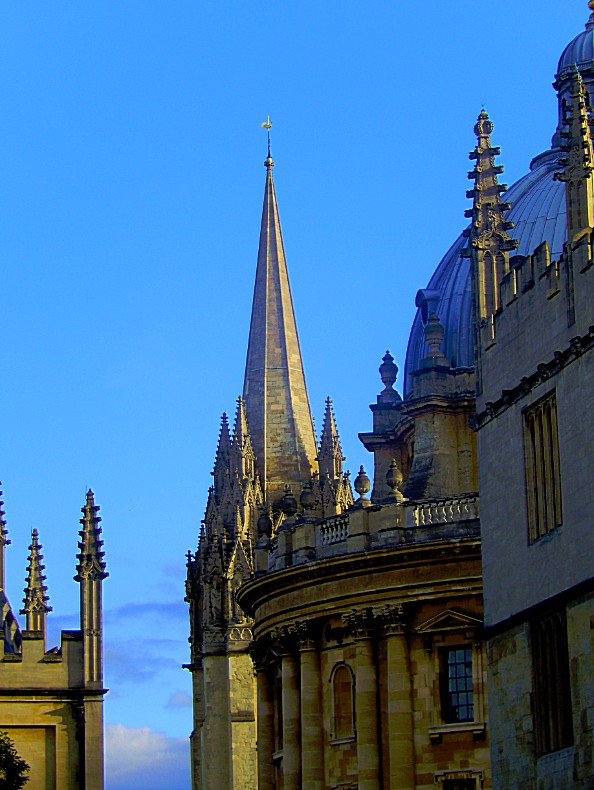 Now on the picture beneath it’s not St Mary the Virgin’s church or the Radcliffe camera I’d like to point at, but the lamppost! The author C.S. Lewis studied and later was a Don in Oxford, he must have known the area between St. Mary the Virgin Church and High Street very well, because he gave lectures here. So I suppose he must have walked from St. Mary the Virgins passed this specific lamppost into St. Mary’s Passage towards Highstreet… 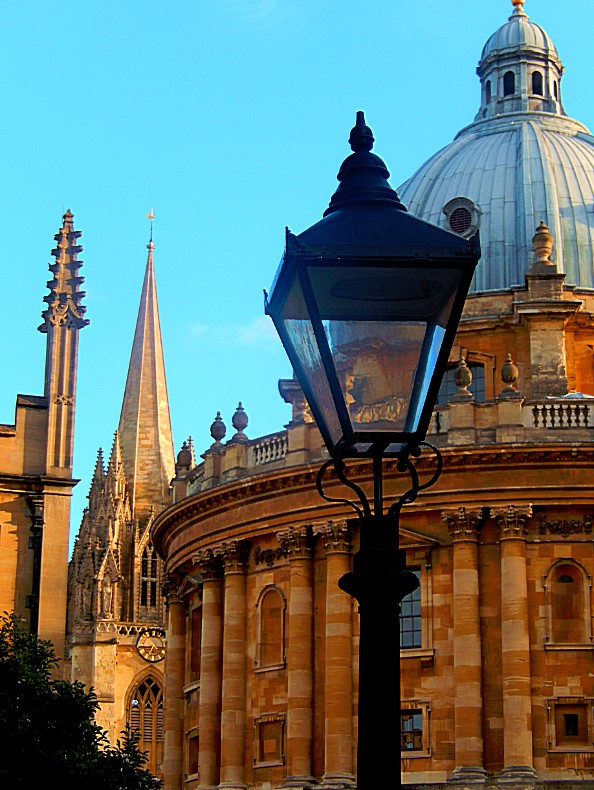 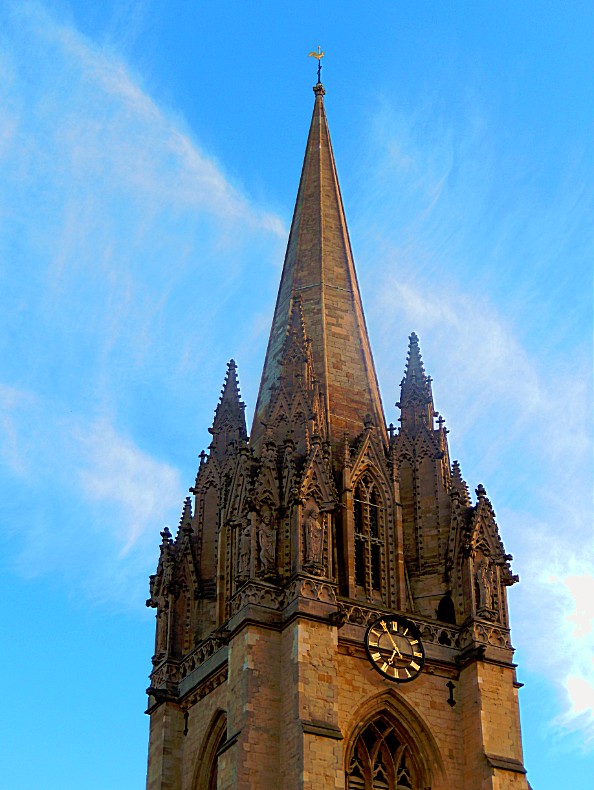 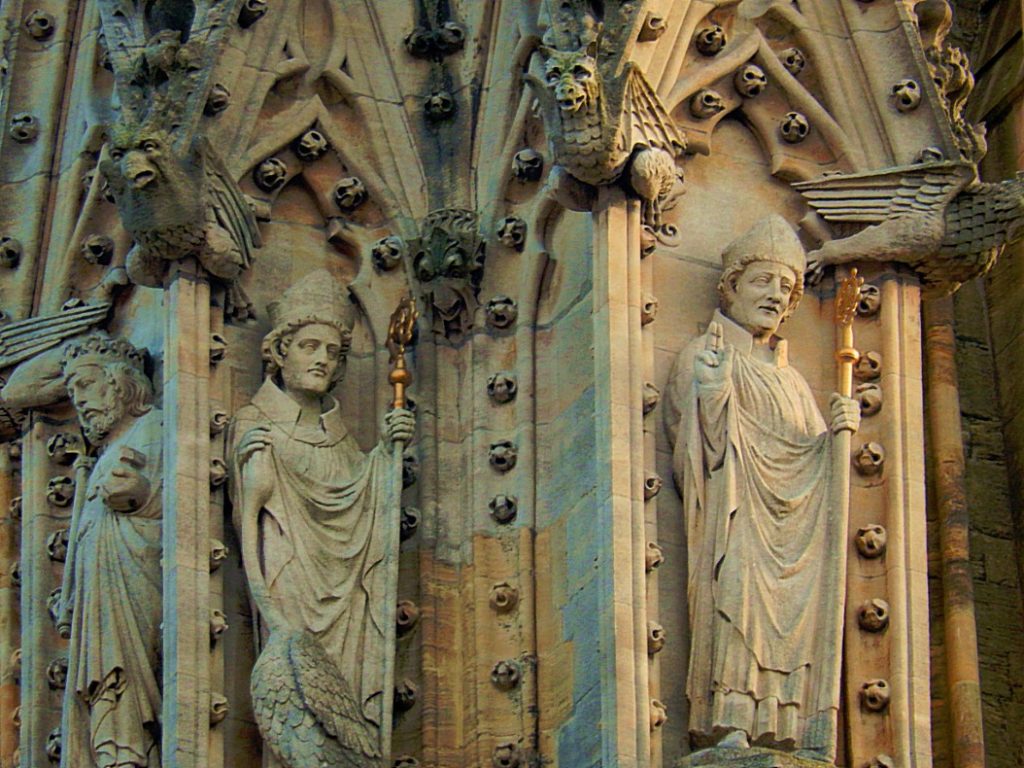 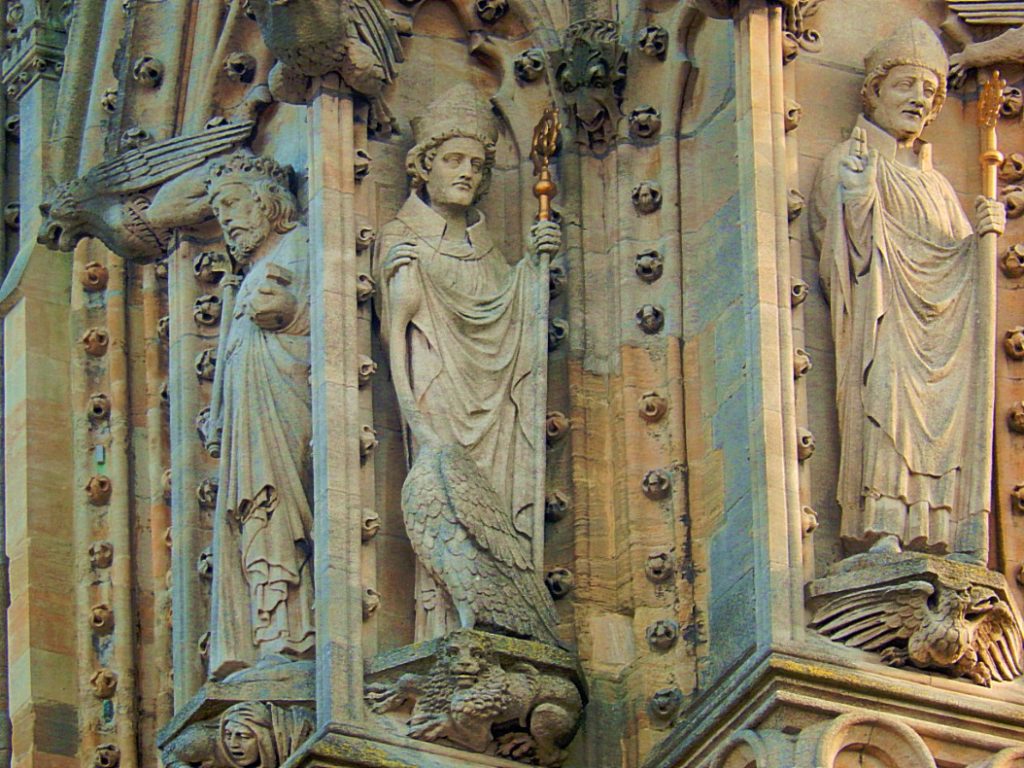 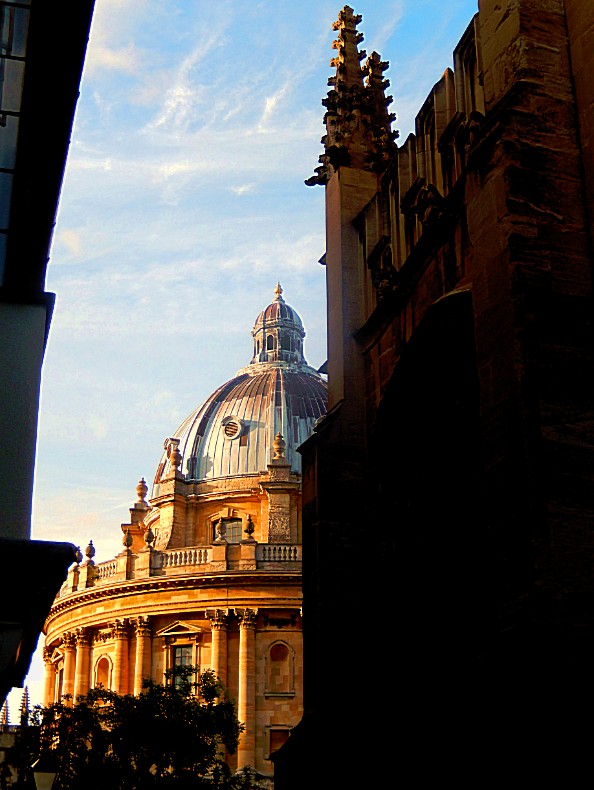 A lamppost that could still be seen while standing in front of the Brasenose door in St. Mary’s Passage… (See bottom left of picture above for top of lamppost)

…and as C.S. Lewis walked through St. Mary’s passage… 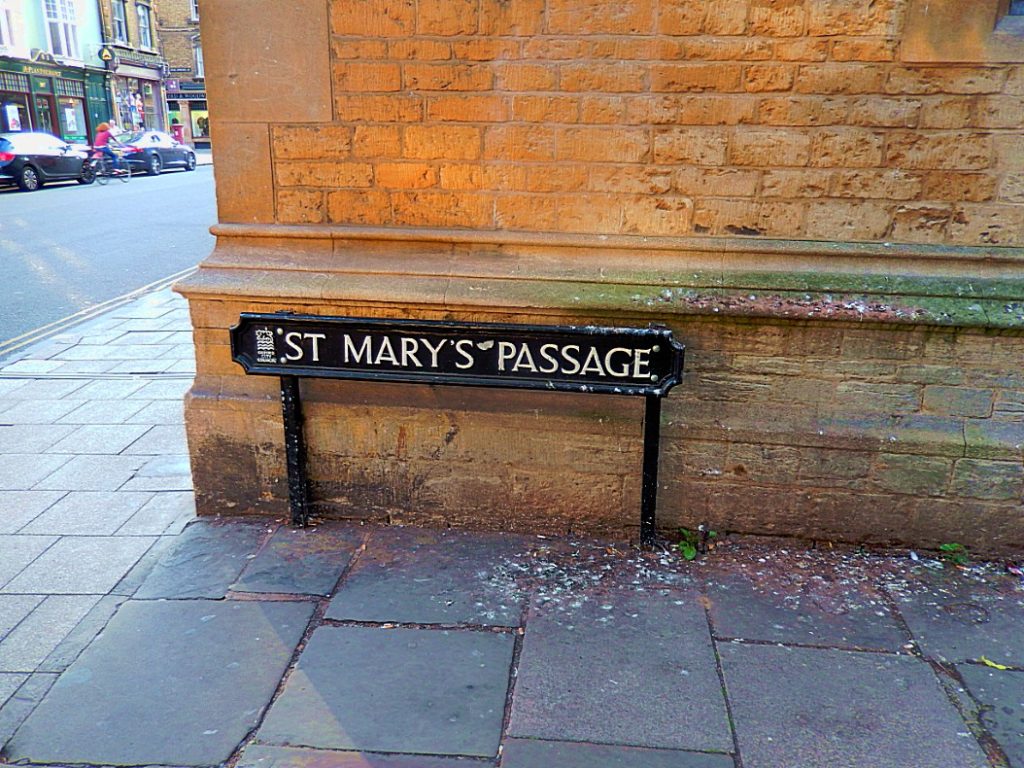 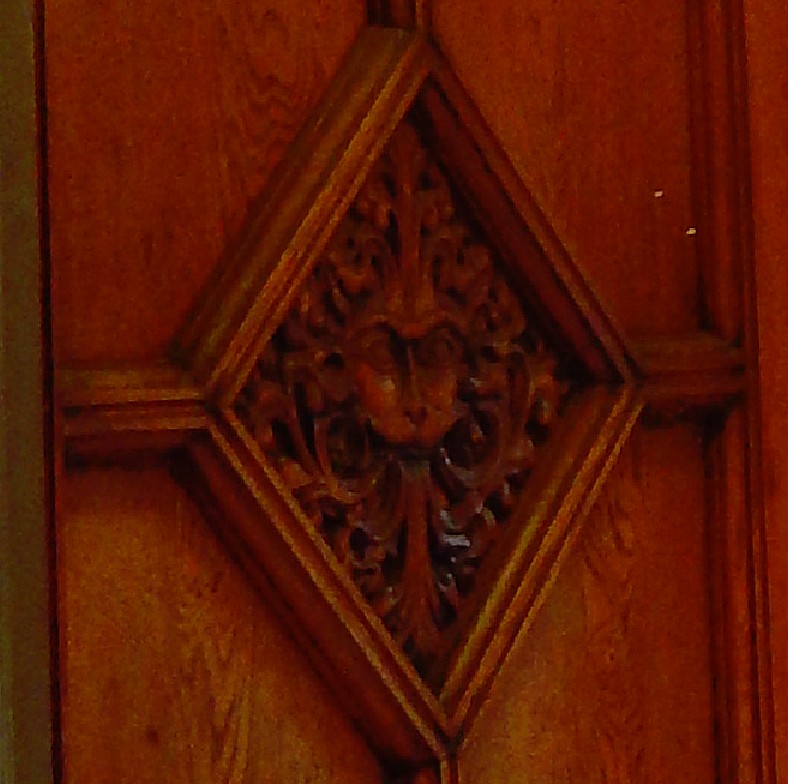 …a centrepiece of a lion’s face that might have sparked of Aslan, and this door was flanked by two fauns, that must have been the origins for Mr. Tumnus and the other fauns in his most famous book from the Narnia Chronicles: The Lion, The Witch and the Wardrobe… 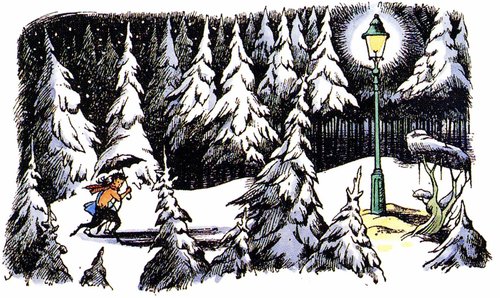 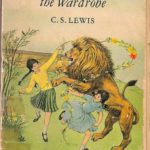 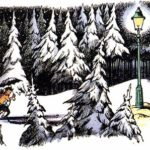 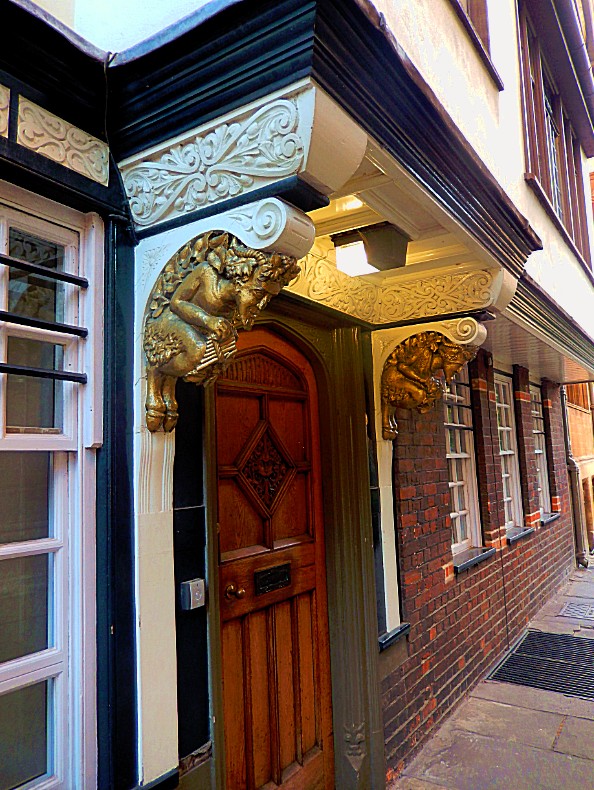 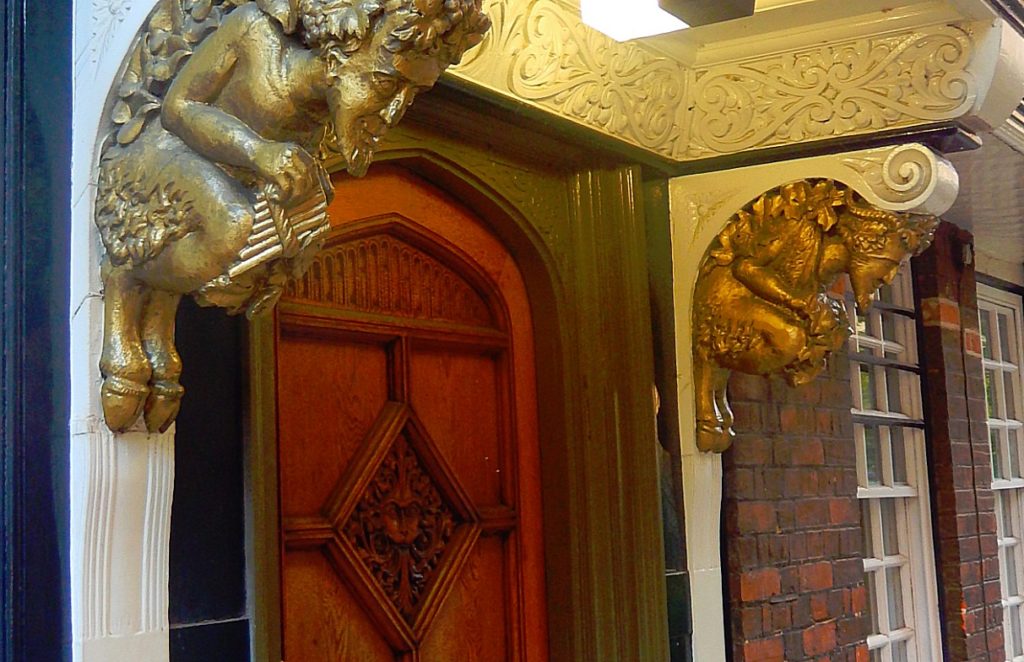 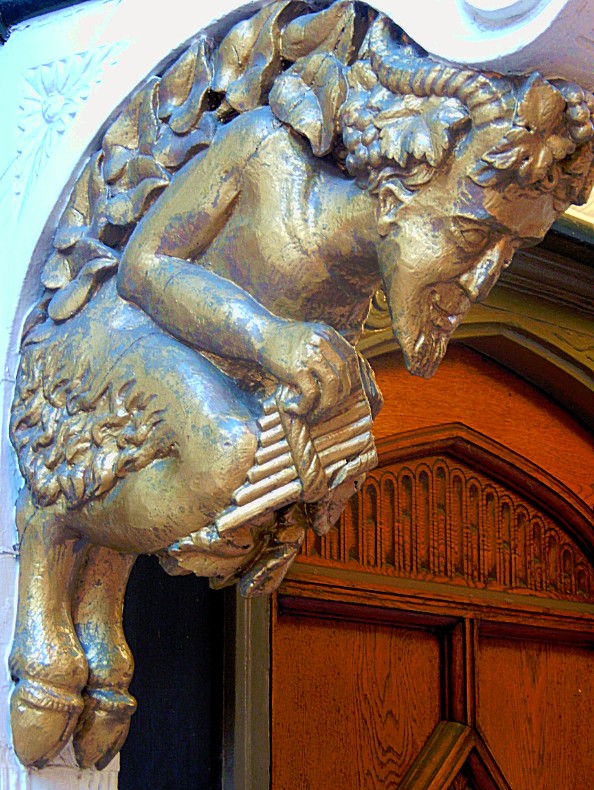 It was getting dark now and it was time for a good sturdy dinner and some pints of Ale. The Wandelgek walked from High Street into Alfred Street and found the Bear Inn, another “Inspector Morse” pub… 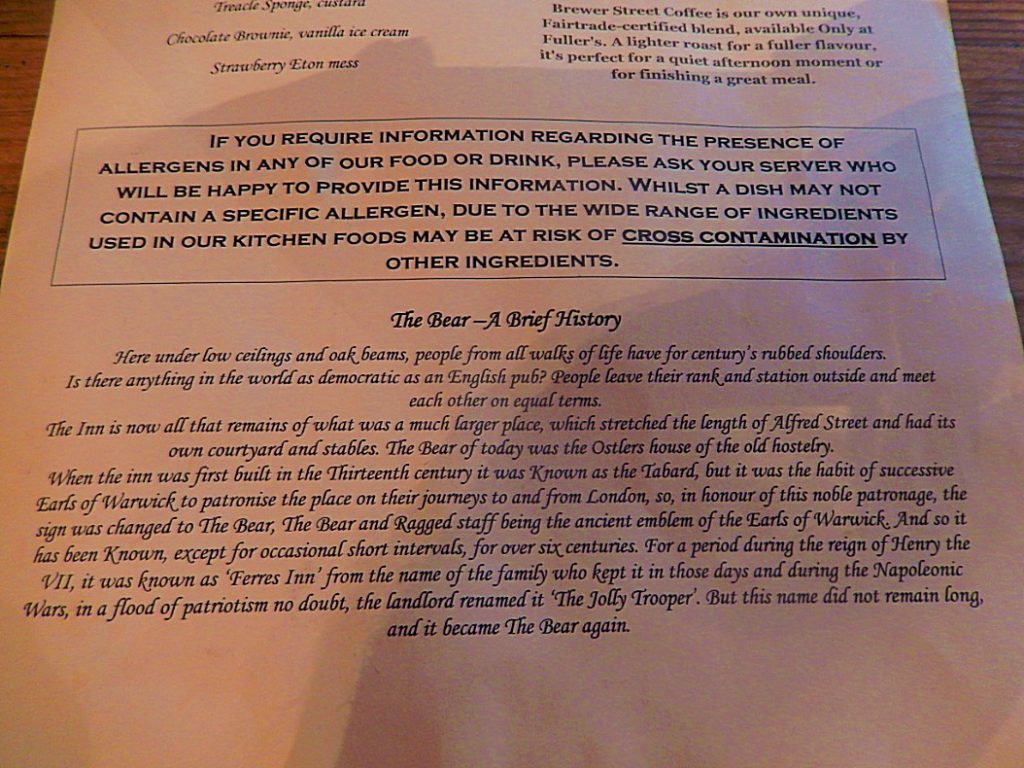 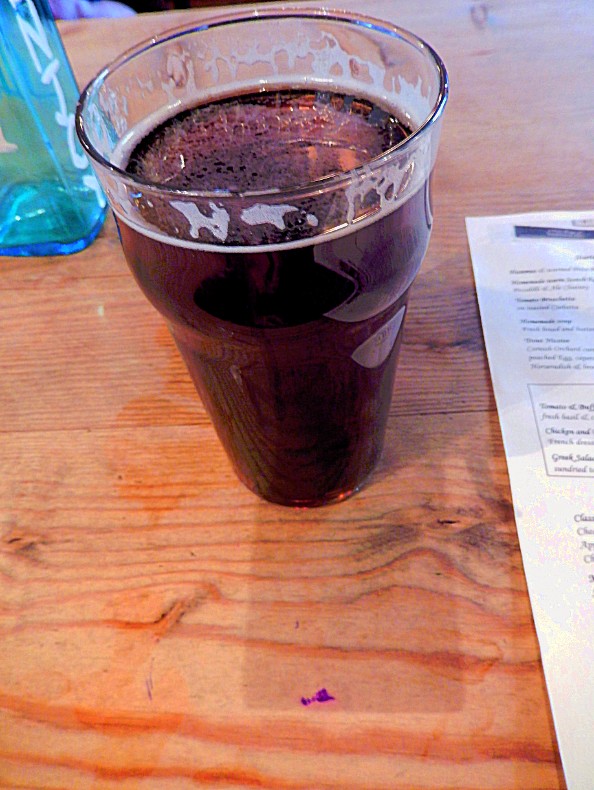 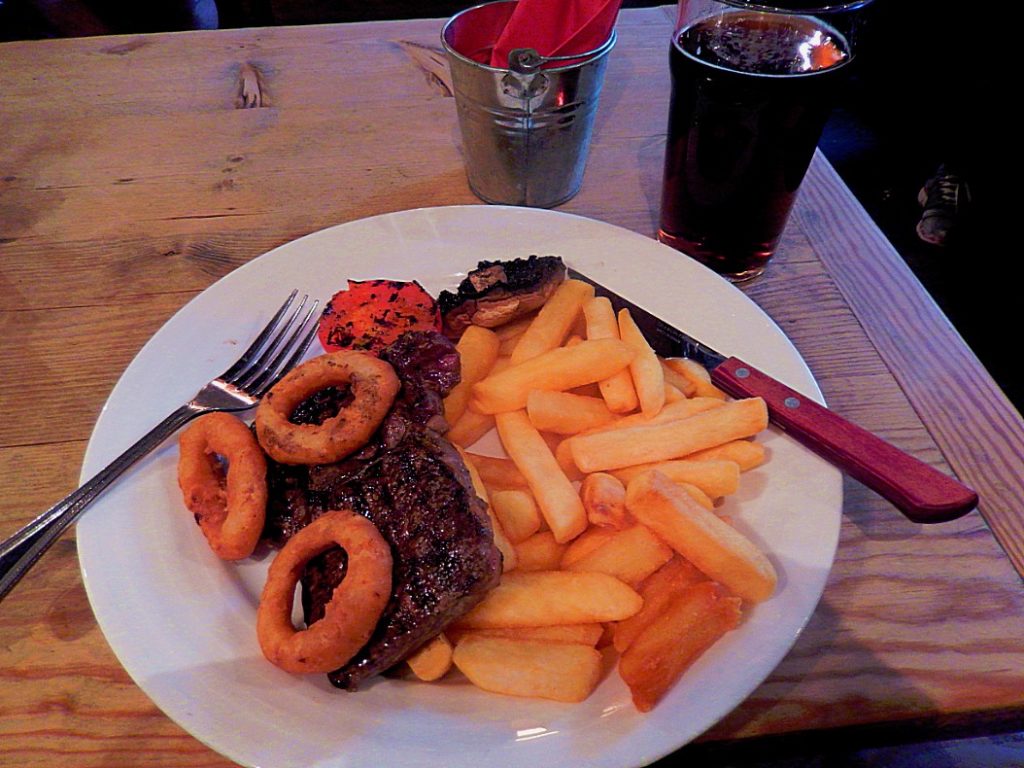 An extraordinary collection of neatly snipped-off ties, all labeled and catalogued, cover the walls of this tiny pub in Alfred Street, off High Street. Lewisdidn’t get a chance to examine the collection when he pursued his quarry, prisoner Charlie Bennett, throughthe two small bars, in Absolute Conviction. 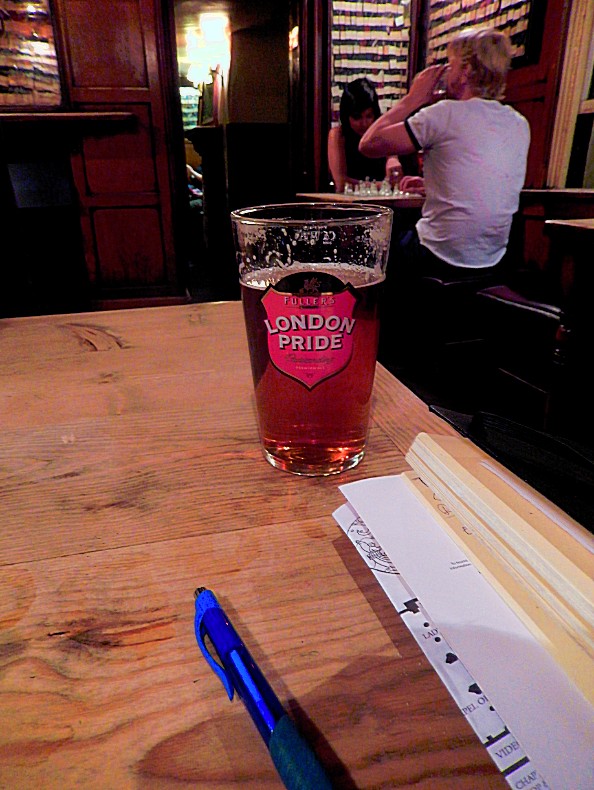 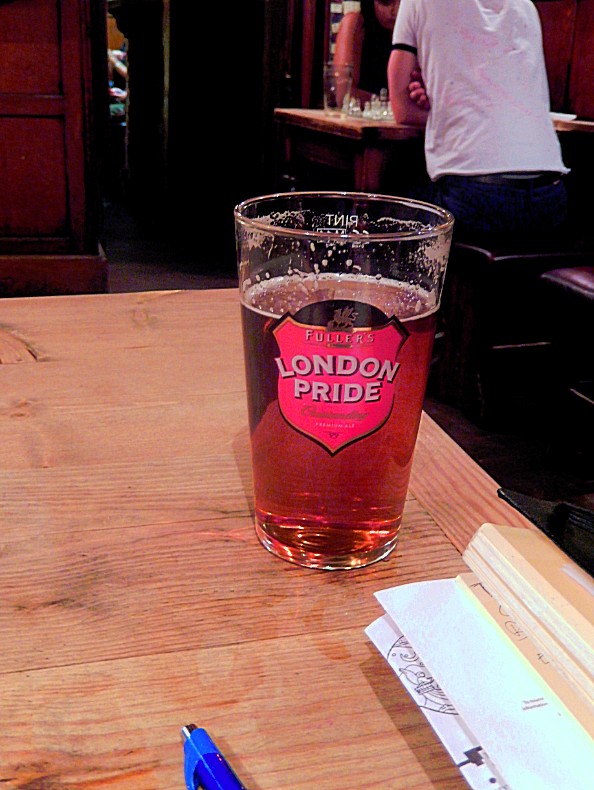